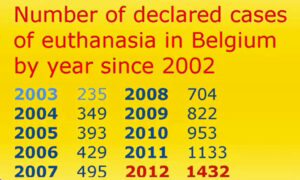 “Another Comment on the Pro-Life Issue,” by Andrew J. Schatkin

Dear friends readers and thinkers, I bid and ask to join with me in another adventure of intellectual honesty in the discovery where those who wish to engage in critical thinking and do not engage in and accept media falsehoods and political code words and hype can join in the effort to gain truth and facts amid the barrage of corruption and virtual darkness we are confronted with and befuddled with and made effective fools of. I welcome you in this quest and task of attaining and coming to know and grasp intellectual honesty and honest discernment. Join with me in this voyage of discovery to get at and find what is valid and authentic in this world of confusion and do come with me in tearing apart the curtain of lies and darkness that hides from us what is truth and facts.

Today I will speak of the pro-life issue. The beginning and most important point in this issue is that as a Christian I believe and take the position that Jesus became man, lived and suffered and died on the cross, and rose again due to his eternal and undying love for all humanity. And so I do oppose abortion on that basis knowing and believing the eternal value Jesus places on all humanity, black and white regardless of sex or race or national origin, and the value he places on us he places on us all from the moment of conception to the last second of our lives before our death. He values that last moment of our lives because if we repent of our sins at that last second, we will be rescued and saved. He wants all of us to share in the eternal joy and love with him and the angels and archangels and the holy trinity.

I wrote two books stating my position of the abortion issue. One is named “Essays on the Christian Worldview,” published by Hamilton books in 2011 in an essay entitled “Why I am Against Abortion.” And also in another book entitled “Essays on Faith, Culture, Politics, and Philosophy” published by University Press of America in 2016 in a chapter entitled “A Few More Words About Abortion,” and in a chapter entitled “A Final Word About Abortion.”

One might say about my pro-life position as a Christian is that I decline to consign any person, young, old, at conception, or at the moment of death, to a refuse can in a plastic bag. Jesus suffered greatly for the life of every person that has lived; will live; and is presently living; and that and any aborted baby can and could be the next Mozart and next Einstein.

I now wish to speak of another pro-life issue, euthanasia or taking the life of a person still living but in pain and suffering, possibly near death. Again, the euthanasia process and decision decides that person is to die and that his life is essentially of no value unlike the Christian perspective which places not value but infinite value on all and takes the view that the value of every person’s life at any stage is in the mind and judgment of god alone who knows what is occurring in that person than any of us can ever know. More to the point, I wish to talk about a recent euthanasia case in Belgium, which legalized euthanasia in 2002 and in 2014 placed on age limit on it with the result a 9 year old was killed by the euthanasia process. The sequence of events was that in 2012 Tom Mortier received a message from the hospital that his mother had been killed by a doctor with a lethal injection. She had been suffering from depression but the doctor who approved the process was not her treating psychiatrist and, moreover, she was in physically good health and her doctor stated she did not qualify for euthanasia. Her doctor or psychiatrist had been treating her for 20 years. She died contrary to her doctor’s advice concerning the use of euthanasia.

This is an example of the use of euthanasia to kill and the case is now before the European Court of Human Rights. Here a possible mistake in judgment occurred, but again one cannot and should not take the view to devalue a person’s life. That life, whatever is occurring, can have for that person great and lasting value in their mind soul and spirit. We truly do not know what is going on with that person and, by the same token, to abort the mentally challenged or child with down’s is to determine that person for that reason is valueless. The decision for euthanasia is wrong for three reasons: 1. it takes the view the person’s life lacks value; 2. it might be a mistake on the part of the doctor when that person might live on and contribute to society; 3. it fails to recognize what might be occurring in that person’s mind and spirit that could be of great value.

And so I conclude with the view of a Christian that we must understand the infinite value god and Jesus place on us all something none of us should abandon.