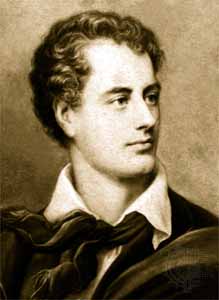 My dear friends and fellow thinkers, readers and lover of great literature I bid and ask you to join with me in another adventure of intellectual discovery where those who may wish to engage in critical thinking and do not engage and accept media lies falsehoods and political code words and hype can join with me in the effort to gain truth and facts amid the barrage of corruption and virtual darkness we are confronted with and befuddled and made effective fools of. I welcome you in this quest and task of attaining and coming to know and grasp intellectual honesty and honest discernment. Join with me in this voyage of discovery to get at and find what is valid and authentic in this world of confusion and do come with me in tearing apart the curtain of darkness that hides from us what is truth and facts.

Most of you who read these pages may know I am a great fan and lover of English literature and many times have written of these authors and their work I dearly love such as Joseph Conrad; Jane Austen; Charles Dickens; Anthony Trollope; William Makepeace Thackeray; Sir Walter Scott; John Stuart Mill; John Keats; Percy Bysshe Shelley; and Samuel Taylor Coleridge and others I do not name; but know and admire as I admire these writers and read and reread them with affection and continued enjoyment. I will not and cannot leave out my all-time favorite, England’s sole epic poet, the author of Paradise Lost, John Milton, who I have loved much from my earliest youth

Today I will speak of and seek to present the life and work of one of the greatest of British romantic poets, George Gordon Lord Byron. He was born in 1788 and died in 1824 and is known as Lord Byron and was a poet and politician who fought in the Greek war of independence and is considered one of the leading figures or the romantic movement and is regarded one of the greatest of British poets and remains widely read to this day. His best knowns works are lengthy narrative poems such as Don Juan, Childe Harold’s Pilgrimage, and many of his shorter lyrics in Hebrew Melodies became popular. He travelled extensively across Europe, especially in Italy, and joined in the Greek war of independence and died in 1824 at the age of 36 from a fever in a battle. He was born in London. He was the only child of Captain John Byron. John’s first wife died in 1784 and the father then married Catherine Gordon in 1785 and George was born in Jan. 1788. Catherine moved to Aberdeen shire in 1790 where Byron spent his childhood. In 1798 the boy George became the sixth baron and inherited the ancestral home Newstead Abbey. Byron received his early formal education at Aberdeen Grammar School and in 1799 entered the school of Dr. William Glennie in Dulwich. In 1801, he was sent to Harrow where he remained until 1805. The following autumn he was sent to Trinity College Cambridge. He spent three years at Trinity College. While not at school, he spent time at his mother’s residence where he wrote his first poems including fugitive pieces and hours of idleness. The first two cantos of Childe Harold’s Pilgrimage were published in 1812 and were well received. From 1809 to 1811, he went on the grand tour customary for a young nobleman. He became a celebrity with the publication of Childe Harold and was in England from 1811 to 1816. He was abroad from 1816 to 1824 and was largely in Italy. In 1817, he journeyed to Rome and published Manfred and Cain and the deformed transformed and the first five cantos of Don Juan were written between 1818 and 1820, and in 1817 he wrote the fourth Canto of Childe Harold. From 1821 to 1822, he finished cantos 6-12 at Pisa. The publication of Childe Harold in 1812 was followed by four equally celebrated poems including Oriental Tales; the Giaour; the Bride of Abydos; the Corsair and Lara.

Byron became a celebrity with the publication of the first two cantos of Childe Harold in 1812. In 1816, he produced the third canto of Childe Harold. In 1823, Byron joined the Greek war for independence where he fell ill and died in Missolonghi in 1824.

I could say much more about this very great romantic poet, including his personal life and his health and appearance and his deformed foot and political career, but my focus in this essay is not so much on his life events which I have attempted to sketch but on his poetic works. Byron’s magnum opus was and is Don Juan is a long narrative poem in 17 cantos one of the most important long English poems since Milton’s paradise lost. It has been called the epic of its time. The Victorians saw the poem as somewhat shocking since it involved itself with the contemporary world at many levels social, political, literary and ideological and satire. Byron also wrote a satire named the Irish Avatar, written in connection with the trip of the king of the United Kingdom, George the IV to Ireland. Byron was the first modern style celebrity and he invented the figure of the Byronic hero. Childe Harold and Don Juan are his most celebrated longer poems, but others must be taken note of such as the Giaour; the Bride of Abydos; the Corsair and Lara written between 1812 and 1814.

Let me conclude with these words of advisement. Byron’s poetry, and I am most familiar with his shorter poetic output, is sensitive and of great beauty. His work has always captured and captivated me and as I always say and note great poetry such a Byron we ignore at our peril and at the peril of our children who, if they are not exposed and given these writers to read, their lives are cheated and diminished. She Walks in Beauty is particularly unforgettable as is So We’ll Go No More A Roving. To miss Byron or Keats or Shelley is to miss the treats the world has to offer. English poetry has a great deal still to offer and we all children and grandchildren and adults without this literary formation have all of us cheated lives.

Note: I am indebted in this essay to the biography of Byron in Wikipedia.