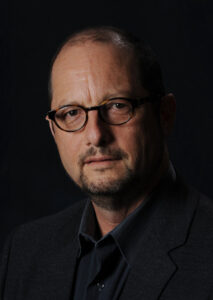 “A Comment on Two Books by Prof. Bart Ehrman, and Another Comment on the Continued Worldwide Persecution of Christians,” by Andrew J. Schatkin

Ladies and gentlemen and my fellow thinkers, discerners and you who wish to go beyond political correctness and seek honest discernment, truth and engage in critical thinking and eschew the shallow surface approach prevalent in our society and reject political code words and political hype, I offer here some comments on two books by Dr. Bart Ehrman: 1. Jesus Before the Gospels, and 2. How Jesus Became God.

I approach this matter with humility and hesitation since I well know I am not in an equal societal or professional position with the professor, the author of many books. I do seek to make a comment on one of these books How Jesus Became God. In the introduction, the professor refers to Jesus as a lower class Jewish preacher from the backwaters of Galilee who was condemned for illegal activities and crucified for crimes against the state, that not long after his death, his followers were claiming he was a divine being and declared that he was god, and none other than the lord of heaven and earth. The professor asks the question, ,how did a crucified peasant come to be thought of as the lord who created all things, and how did Jesus become god?’ I find these words and thoughts of the professor most disturbing. First, the words and life of Jesus and in particular his sayings do not show an uneducated man but a man whose thoughts and ideas are and were most profound deep and the product of a highly developed mind. Moreover, at the age of 12, Jesus was portrayed as teaching in the temple and I note that I differ with Professor Ehrman saying that persons who do manual labor are said to be peasants or lower class in contrast to, I assume, those who can read and write, or perhaps professionals. I differ and find that intellectual ability is found in all sectors of society whether professional, professor, academic, or those who do physical, in the case of Jesus, a carpenter. In addition, our system in this country of political equality works on the idea and concept that there is a wealth of intellect in all our citizens and that the founders of this country establish it on the concept that our government is ruled by the people who elect their leaders. Dr. Ehrman seems, I say this with hesitation, to entertain some sort of academic bias and sees his academic work and position as making him superior to the common herd. I conclude with this: The beatitudes and the many profound sayings and words of Jesus are most deep and telling and not the product of some sort or crude, uneducated person but quite to the contrary they are not that at all.

I will look with you at the conclusion of his book, Jesus Before the Gospels. The professor says here that the gospel stories and narratives are just memories of him and he concludes that the historical Jesus is the remembered Jesus. The professor also says that the Sermon on the Mount and the healings, casting out demons, and raising the dead, whether or not historically true, are literary monuments.

I find the professor’s reasoning to be faulty and incorrect. The gospels claim like any other ancient text to be recorded history of past events. To say otherwise is to speculate without facts. Can one say that Vergil is not the author of the Aeneid or Sophocles and Euripides are not the authors of their plays? Perhaps it can be claimed that the professor is not the author of his books. The tradition attached to an ancient or any text is strong indeed and neither me or any professor can discount. The gospels lay claim to be historical records and who can say no? I suggest, Professor, that you look at the gospel’s claim of historicity and give up and abandon historical speculation, and look at the gospels as being the historical record, which in fact they are.

I talk and speak now of the continued worldwide persecution of Christians. Here are some examples: 1. Pastor Raymond Koh was abducted in Malaysia in 2017 and has not been heard from since. 2. John Short was detained after leaving a gospel tract in a Buddhist temple in North Korea. 3. Pastor Hossein Sood was executed for being a Christian in Iran. 4. Sister Amber was interrogated and assaulted by the police in Tibet. 5. Pastor Hassan was jailed in Sudan for his Christian work. 6. Khaled rejected his Muslim faith in Yemen and in June of 2014. His wife Samira also became a Christian and on June 9, 2014, as she prepared breakfast, she erupted in flames and suffered severe burns and later died in the hospital as someone had sabotaged her with a jar of cooking oil with gasoline.

The persecution of Christians worldwide continues unabated and without stop and is unceasing.