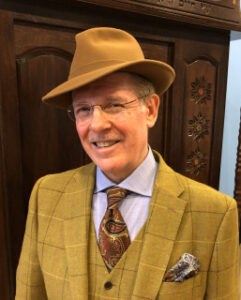 Rabbi Menashe Bovit was born in Chicago into a traditional Conservative Jewish home. His father was a Holocaust survivor who frequently shared the stories of his suffering and survival during those dark days. These stories greatly impacted Rabbi Bovit and still inspire and guide him today. Rabbi Bovit’s diversity of experiences include an apprentice commercial artist, folk singer, improvisational theater director, underground newspaper editor, anti-Vietnam War protestor, and environmental activist. Rabbi Bovit is, since his college days, an advocate for the State of Israel.

While attending the University of Arizona Rabbi Bovit met the late, great Rabbi Shlomo Carlebach who eventually became his rebbe and later gave him his personal smicha (ordination). Rabbi Bovit also studied at Yeshiva University of Los Angeles; Yeshivat Ohr Yaacov in Zichron Yaacov, Israel; The Kollel of the Bostoner Rebbe in Jerusalem, and the ordination program of Yeshivas Toras Chaim in Jerusalem where he earned both a Bachelor and Master’s of Hebrew Letters. Rabbi Bovit also holds a certificate from the Ohr Lagolah Institute in Jerusalem and has been certified by the Supreme Court of the State of Florida as a Family Mediator.

After serving a number of congregations throughout the country Rabbi Bovit is in his tenth year as the spiritual leader of Bellerose Jewish Center. Rabbi Bovit educates throughout Shabbat services by sharing insights into the prayers and Torah portion from his broad knowledge of traditional texts, history, anthropology, archaeology, and modern academic Biblical studies. Rabbi Bovit continues to be a strong advocate for the State of Israel, is active in interfaith activities and is the president of the Eastern Queens Interfaith Council.