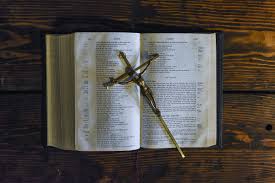 “Rich and Poor: Poverty and Riches,” by Andrew Schatkin

There are many statements in the books of Psalms and Proverbs connected with God’s granting wealth to those who believe in him and follow his commandments. Psalm 112 verse 3 says that wealth and riches are in the house of the man who fears the Lord. Proverbs 19 verse14 states that house and wealth are inherited from fathers. Proverbs 8 verse 18 says riches and honor are with me confirming wealth and prosperity. There is further statement in verses 20 and 21 of that same chapter, “I walk in the way of righteousness, the paths of justice, endowing with wealth those who love me and filling their treasuries.”

On the other hand, the Hebrew Bible contains many admonitions and statements concerning the commandment to assist the poor. These statements are often found in the book of Psalms. For example, in Psalm 113 verse 7, there is a statement that the Lord raises the poor from the dust, lifts the needy from the ash heap, and makes them sit with the princes of his people. In Psalm 82 verse 3, it is said that God gives justice to the weak, fatherless, afflicted, and needy, and delivers them from the hand of the wicked. In Psalm 72 verse 13, there is the statement that God has pity on the weak and needy and saves the lives of the needy. There are many examples of the concern of the Jewish culture, as reflected in the Hebrew Bible, for the needy, and equal condemnation for those who do not help the poor. For further examples of this concern for the poor in the Hebrew Bible, the following passages from the Book of Psalms are useful and enlightening: Psalm 12, verse 5; Psalm 40, verse 17; and Psalm 69, verse 33.

On the other hand, in the New Testament, poverty and the poor have a special and distinct place in the Christian worldview. Jesus says in the Beatitudes chapter 5 verse 3 that not only the poor in spirit are blessed but theirs is the kingdom of heaven. In Mathew chapter 11 verse 5, there is a statement that the poor have good news preached to them. In Matthew chapter 19 verse 21, the rich young man is told by Jesus that if he wishes to have eternal life or to be perfect, he should go and sell what he possesses and give to the poor. It is recorded in verse 22 that when the young man heard this he went away sorrowful, for he had great possessions. In Luke chapter 6 verse 20, Jesus states that the poor are blessed and that theirs is the kingdom of God. In Luke chapter 14 verse 13, Jesus says that when you give a feast, invite the poor, the maimed, the lame, and the blind and that you will be blessed because they cannot repay you. In Luke 14 verse 21, in a parable, Jesus says again that the poor are to be brought in from the streets and lanes of the city to the banquet along with the lame, maimed, and blind. Again in Luke chapter 18 verse 22, Jesus again tells a young man to sell all he has and distribute to the poor and follow him. In Luke chapter 19 verse 8, Jesus tells Zacchaeus that salvation has come to him because he has said he will give half his goods to the poor and restore fourfold anyone he has defrauded.

What we may conclude about poor and being in poverty is that in the Christian system poverty and being poor is a goal. There is a distinct thought trend in the mind and thrust in the mind and thought of Jesus and his sayings in the Gospels that poverty and giving away our wealth raises us up spiritually and brings us to a superior and elevated position in the eternal scheme. Along with that thought pattern are the statements of Jesus that the last shall be first and that what you do the least of these you do unto me. Christianity, although recognizing our duties to the poor, is a thought system that elevates poverty and the poor in some sense to a higher position than the rich and powerful occupy in the temporal world. One can only guess at the reason for this but one can say that poverty along with suffering raises us up in some sense as human beings. Wealth and riches in the same way bring us down or, rather, cut us off from the truth of it all that we are all on borrowed time and that whatever wealth we may have will not change our dependent status as creatures and our ultimate mortality.

This essay is taken, with changes modifications, from chapter 8 of my book “Essays on Faith, Culture, Politics, and Philosophy,” pub. by the University Press of America, 2016, pp 21-23.