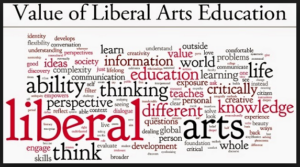 “Has our Educational System Failed; Why it Has Failed; and What can be Done,” by Andrew J. Schatkin

Ladies and gentlemen, my fellow readers, thinkers and those who wish to go beyond the surface and look with depth at what I propose to speak about rejecting political hype; political code words; and shallow thinking; and engage in critical thinking, I would like to look at the decline of our educational system; the reasons for it; and what can be done.

Let me give you some examples. One day, some years ago, at a coffee shop in Bayside, New York, I entered into a conversation with a waitress who revealed to me in passing she had never heard of Tolstoy, one of the greatest of writers, the writer for all ages and about whom Maxim Gorky said of him, ‘the world stopped a beat, at his death. I was in shock at this revelation. Let me give you another example, where a colleague in an office I had worked in for some years in a passing comment said she had never heard of the great English epic poet John Milton. Again, I was in shock in it being told to me that a person with a college degree and a graduate degree had never heard of the premier English epic, poet one of the greats of all time and of all ages and generations. Finally, at a conversation in a bookstore in New York, a young girl stated much again to my shock that she had never heard of the book, and a very great book, 1984 by George Orwell. Again, what is going on to produce these intellectual deficits and lacks?

Let me offer some reasons. First, it is apparent that the liberal arts curriculum has been decimated and to a large extent eliminated. Our colleges have become vocational solely with the purpose of the student obtaining employment after college or a short time thereafter. The western writers, such as Shakespeare, Milton, Boswell, Tennyson, Keats, and Dickens have been eliminated by the forces of politics and multiculturalism. The result is that the minds of our young people are left in some sort of cultural and intellectual vacuum bereft of content. Better put, without history, literature, a second language, and philosophy, our society and its young people are left with nothing to work with and form their lives on.

A second reason is the dominance of technology, which largely consists of the quick fix of emails, text messages, and computers and the passive images of TV and computers. Again, the result is speed but not depth and passive images which can never replace active mind engagement of print and books. The mediums I have mentioned result in no thought processes, and we are left with society that can no longer think creatively and actively. For there is and can never be a replacement for the active mental engagement of print and books.

Third, there is the constant barrage of standardized tests our high school and college young people are faced with, which serve to only in the pressure of passing them to narrow the channels of thought and creativity.

What, then, can be done? I understand and realize that our youth must obtain employment after graduation from college or shortly thereafter and so the college years must be to some extent vocational. Yet I still suggest the reinstatement of the liberal arts curriculum, including the western writers of the western canon such as Shakespeare; Milton, Dickens, Eliot, Boswell, Keats, and Tennyson; two years of world and American history; two to three years of a language; and at least a year of philosophy. Only with these reforms can we educate fully formed and effective thinking people.

I invite comments on this essay to a.schatkin48@gmail.com.