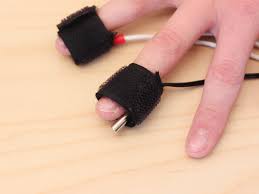 “The Admission of Polygraph Evidence in the Courts of New York State,” by Andrew J. Schatkin

This essay and article proposes to trace the history and status of the admissibility of the lie detector or polygraph in evidence in the State of New York.

The lie detector or polygraph is a device where by certain physiological phenomena, i.e. blood pressure, respiration, pulse, and galvanic skin reflex, are recorded on a chart by means of sensors connected to the person being questioned. The theory behind the process is that lying or deception involves stress which manifests itself by changes from the norm in these particular bodily phenomena. The examiner may infer from the chart that records these phenomena or polygraph whether the examiner believes he is lying or telling the truth. The results may also be inconclusive. Polygraphs must be interpreted by a qualified examiner. Some states have licensing statutes; New York does not.

Polygraph evidence was not until recently admissible in any jurisdiction except upon stipulation of the parties. Frye v. US293F1013 (DC Cir 1923) was the first appellate court to rule on the admissibility of the lie detector evidence and articulated the standard which has since been followed. The Circuit Court affirmed the trial court’s refusal to admit the results of a systolic blood pressure deception test the appellant had taken, holding that, in order for expert testimony based on a scientific principle to be admissible, said principle in this case, the connection between the act of deception and changes in blood pressure must have gained general acceptance in the particular field to which it belongs. The court concluded that the test had not gained such standing and scientific recognition among experts in the fields of physiology and psychology as to warrant its admission into evidence. Subsequent federal and state decisions have excluded polygraph evidence citing this standard.

Recently, however, a number of federal and state trial courts have admitted polygraph evidence for various purposes, having concluded that the device is scientifically reliable on the basis of the Frye Criterion of general acceptance in the field. It would appear that polygraph evidence will no longer be automatically excluded as lacking a true scientific basis.

New York does not admit the results of a polygraph test into evidence. In the case of People v. Forte 279 NY at 206, the New York Court of Appeals affirmed the court’s refusal to sustain the defendant’s request to be tested on a pathometer, stating that the record was devoid of evidence tending to show a general scientific recognition that the pathometer possess efficacy.

To date, polygraph results and the expert examiner’s opinions and interpretations thereof remain inadmissible in the state of New York.

NOTE 2: This article and essay are taken from my book “Select Legal Topics,” pub. 2011 by the University Press of America, pp. 302 and 303. It is be noted and cautioned that since the essay was published some time has passed and there may have been developments and changes in the law in this field of evidence.