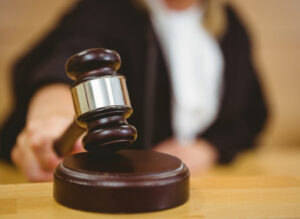 “Withdrawal of the Guilty Plea under the Federal Rules of Criminal Procedure: An Analysis,” by Andrew J. Schatkin

My dear readers, thinkers and friends, I offer here an analysis governing the withdrawal of the guilty plea in federal court. This essay is a follow up to my previous essay governing the withdrawal of the guilty plea under the criminal law in the state court of New York State. I offer this analysis and my thoughts on this subject as the possessor of a law degree, a JD, and not one presently practicing law.

Rule 32d of the Federal Rules of Criminal Procedure govern the basis and method of the withdrawal of a guilty in federal practice. This rule states that a motion to withdraw guilty plea or nolo contendere may be made only before sentence is imposed or imposition is suspended. The statutory scheme and the section goes on to state, however, that to correct a manifest injustice, the court after sentence may set aside the judgment of conviction and permit the defendant to withdraw his plea. The section goes on to set forth two conditions whereby a guilty plea may be withdrawn. First, in general, before sentenced is imposed or suspended; and, second, after sentence is imposed to correct a manifest injustice.

This essay proposes to analyze the rules and grounds governing the withdrawal of a guilty plea under rule 32d of the Federal Rules of Criminal Procedure before sentence is imposed.
In general, it may be said that under rule 32d, the withdrawal of a plea before sentence should be freely allowed. United States v. Stayton states the rule well. In Stayton, the appellant and his wife were indicted for conspiracy to alter and possess counterfeit bills. The appellant originally pled not guilty and then changed his plea to guilty. Thereafter the appellant Mr. Stayton filed a motion to withdraw his guilty plea and after a hearing the motion was denied and the appellant subsequently received a sentence of a fine and imprisonment. The appellant appealed from the refusal of the trial court to allow him to withdraw his plea of guilty and the U.S. Court of Appeals for the third circuit stated very specifically that the motion to withdraw the guilty plea protects the right of the accused to trial. Therefore, the court held such requests made before sentencing shall be construed liberally in favor of the accused. by the trial courts.

In United States v. Hancock, the Court of Appeals for the tenth circuit further stated and even refined this rule of liberality stating that although a criminal defendant does not have an absolute right to withdraw such a plea, the request should be considered carefully and with liberality.

It is true there is no absolute right to withdraw a plea of guilty. The decision to allow withdrawal is committed to the sound discretion of the trial court. Thus in U.S. v. Abdul, the U.S. Court of Appeals for the seventh circuit held in 1996 that the decision to permit a plea withdrawal rests in the sound discretion of the district court and will be reversed only upon a showing of an abuse of discretion.

More recently, the U.S. Court of Appeals for the second circuit held in U.S. v Maher in defining what may be said to constitute the district court’s discretion in this regard, that a defendant has in fact no automatic entitlement to have a motion to withdraw granted since the people have a strong interest in the finality of guilty pleas; and, second, allowing withdrawal of pleas may undermine confidence in the integrity of the judicial procedures; increase the volume of judicial work; and delay and impair the orderly administration of justice citing U.S. v. Sweeney.

In U.S. v. Moore, the U.S. Court of Appeals for the fifth circuit stated a broad rule that the district court may permit a defendant to withdraw a guilty plea prior to sentencing upon the show of a fair and just reason.

Indeed, in U.S. v. Pressley, the U.S. court of appeals for the fifth circuit citing Kereheval v. U.S. held that if there appears to be any reason in the court’s discretion to allow withdrawal of a guilty plea prior to sentencing, leave should be freely granted.
Again, the U.S. Court of Appeals for the third circuit in U.S. v. Cavalcante held and reiterated the broad rule set forth in Moore, that the court’s discretion in this regard is most wide and favors the withdrawal of the guilty plea for any fair and just reason should such reason be shown.

The question arises, what have the federal courts consider a fair and just reason to permit the withdrawal of a guilty plea?
There are in the view of this writer three seminal bases to justify the district court allowing the withdrawal of a guilty plea. The first is claim of innocence. In U.S. v. Barker, the U.S. Court of Appeals for the D.C. circuit held, by way of interpreting the terms ‘fair’ and ‘just,’ that whether the movant has asserted his innocence is an important factor to be weighed. The court went on to state that where the movant asserts of claims his legal innocence, plea withdrawal should be freely allowed.

It should be noted that it has been held that the application to withdraw a guilty plea will be granted when the government has been prejudiced by reliance on the guilty plea. Thus in U.S. v. Roberts, the California district court held that when the government will suffer any prejudice by the granting of the defendant’s motion to withdraw his guilty plea, the courts will usually exercise their discretion to deny withdrawal of the guilty plea; but where such prejudice is absent or minimal, withdrawal is routinely permitted.

In conclusion, this brief review of the case law governing the withdrawal of a guilty plea before sentence is imposed under rule 32d of the Federal Rules of Criminal Procedure reveals a basic rule of liberality and discretion governing the trial court’s determination whether to grant the application to withdraw or not. The analysis here also shows the seminal and basic criteria bearing on the decision by the court to allow withdrawal of the guilty plea: 1. the defendant’s credible maintenance of innocence; 2. Coercion; 3. ineffective assistance of counsel. Overarching these three basic criteria is the broad rule that if any fair or just reason is alleged, then there is a policy favoring withdrawal of the plea.

This essay is taken, with alterations and modifications, from my books, Select Legal Topics, pub. 2011, by the University Press of America, pp. 237-239.