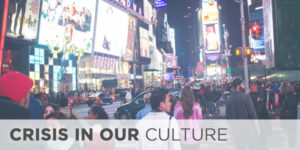 “Are we in the Midst of a Cultural Meltdown?” by Andrew J. Schatkin

At the present time, our culture is in crisis. Let me say that in certain areas there have been significant advances such as in technology and medicine. The fact of the matter is, however that what we define as culture in terms of literature, poetry, philosophy, drama, painting, and certain types of music have come to an end. This is a rather obvious fact. During the 20th century, there was outstanding dramatic production in both the American and English theaters. Playwrights such as Bernard Shaw, Tennessee Williams, Eugene O’Neill, Arthur Miller, Clifford Odets, and Lillian Hellman come to mind. These days, live dramatic productions have ceased and one can speculate they have been replaced by television and movies. Until the nineteenth century, there was a large audience for poetry. The most recent twentieth century poets to have the audience were TS Eliot and William Butler Yeats. Poetry as an artistic medium of production directed to the wider public no longer exists. It is obvious that painting and sculpture are essentially passé, apparently replaced by other forms of imagery, such as television, movies, and camera images. The novel still survives but not as it appeared in the 19th century in its more complex expression and structure in such novels as Middlemarch by George Eliot and War and Peace by Tolstoy. In addition, it is quite apparent that classical music has had its day, last heard by such composers as Richard Strauss and Igor Stravinsky. One may say that the American musical theater from 1930 to 1955 or 60 was a further expression of that classical music impulse. At the present time, even that type of musical expression is gone. Most musicals on the Broadway stage today consist of a redoing of the older musicals.

The question that comes to mind is why in effect all of these types of art appeal to a very minuscule audience. I suggest to two reasons for this. There has been a decline in religious belief and the Church has very little influence on the wider culture as it once did. The rhythms and drama and stories in the bible are presently unfamiliar to a large percentage if not most of the population. When a society has no spiritual underpinning, one can only conclude that the expression of art and beauty will cease. A purely materialistic society such as now obtains in the Western World cannot produce art and express beauty. This is speculation but, apparently, there is some truth to it. We may have computers and all sorts of gadgetry, but apparently, we cannot produce the Bachs, Mozarts, Miltons, or Dantes. We do things faster but we fail to reach people in their souls. It is also significant that philosophy is no longer a part of our society in the way it was once. Two important American thinkers of the last century come to mind: John Dewey and William James. Philosophy today has only and academic audience, if any.

I proffer a second reason for this culture decline. The education offered in the Western World is no longer literary as it once was. There is an overwhelming emphasis on money and business even in the educational system. When people are no longer given the literary past and have it made available to them, their minds will suffer and deteriorate in the areas I just mentioned. Reading the great books of literature raises the mind to the ability to think creatively and artistically. When the system does not given our young people this food for their minds, again I think the types of artistic production I mentioned will not occur.

A final word. Many people will say that as long as I have material goods I need and can pay my expenses, that is all I need. The purpose of life, however, is to raise people beyond that essential and basic level of functioning. A society without music, literature, poetry, and art must be a very gray and dark society; and this is the society that at the present time we all have to suffer in. A society without art and beauty must create and bring about a very unhappy race of beings whose lives are most somber and lack deep meaning and in fact lack love. Aa society without art and without love is surely a society without God.

This essay is taken from my book, “Essays on Faith, Culture, Politics, and Philosophy,” pp 138 and 139, published by University Press of America, 2016.