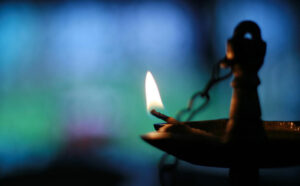 My dear Christians and non-Christians and you of all faiths and thoughts and all views and opinions. I bid you and ask you to join with me in another voyage of intellectual discovery where those who may wish to engage in critical thinking and do not engage in and accept media lies, falsehoods, political code words and hype can join in the effort to gain truth and facts amid the barrage of corruption and virtual darkness we are confronted with and befuddled and made effective fools of. I welcome you in this quest and task of attaining and coming to know intellectual honesty and honest discernment. Join with me on this voyage of discovery to get at and find what is valid and authentic in this world of confusion and come with me in tearing apart the curtain of lies and darkness that hides from us what is truth and facts.

I will once again set about to explain and interpret another gospel passage found in the Gospel of Luke chapter 12 verses 32-40, the words of Jesus on watchfulness. I undertake this task with hesitation and humility, and I am honored to have the great privilege of even attempting to grasp the words and mind of the son of god, the savior of the world, and the redeemer of all mankind and all generations present to come and in the past.

These are the passages from the gospel of Luke chapter 12 verses 32-40: “Fear not little flock for it is your father’s good pleasure to give you the kingdom. Sell your possessions and give alms; provide yourselves with purses that do not grow old; with a treasure in the heavens that does not fail where no thief approaches and no moth destroys. For where your treasure is there will your heart be also. Let your loins be girded and your lamps burning and be like men who are waiting for their master to come home from the marriage feast so that they may open to him when he comes and knocks. Blessed are those servants whom the master finds awake when he comes; truly I say to you he will gird himself at his table and he will come and serve them. If he comes in the second watch or in the third and finds them so blessed are those servants! But know this that if the householder had known at what hour the thief was coming he would not have left the house to be broken into. You also must be ready, for the son of man is coming at an unexpected hour.”

Let us take a closer look at this event and action in the life of Jesus and seek to understand his holy words in which he seeks to instruct us. First, Jesus tells his disciples not to fear and that they will be and given the kingdom. He assures the disciples of his new found church even his mission church that in and by reason of their faith they will be given the kingdom and then tells them to go about living the new Christian life by engaging in works of charity reflecting their life of charity, mercy, and love including selling their possessions; giving alms; providing with purses that do not grow old; and finally having and gaining treasure in heaven that does not fail and where no thief approaches and no moth destroys for where your treasure is there will your heart be also. Jesus means here that in their new found life of works based on the spirit and law of love the disciples in their new and enhanced lives of and based on the person of Christ will by reason of their earthly lives gain eternal life in heaven. This is one element of the thought and ideas expressed here and explained here and set forth by Jesus. Then Jesus says to have your loins be girded and lamps burning and be like men whom the master finds awake when he comes; and, further, he says to gird himself at his table. If he comes in the second watch of the third and finds them so blessed are those servants. Jesus seems to say here that we should be ready for the presence and return of the son of god or the eternal god as the servants here await the master and the master is the person of god in the analogy and in an act of the true god will serve them. Jesus then switches the table saying the return of the son of god and son of man is like the thief who if the householder had known the thief was coming would not have left the house to be broken into and cautions the disciples to be ready since the son of man, even Christ, is coming at an unexpected hour. Jesus in this section speaks perhaps in the person of Christ as the master who on his return serves the servants and then refers to in an analogy the return of the son of man to the thief and he means by this I think that we cannot leave the house open to be broken into but must be ready for the unexpected return of the son of man like the thief who gains entrance into the house to be broken into. Jesus makes clear that we must be ready for the unexpected return of the son of man.

The point here is that we must be ready, whether Jesus is seen as the master who in an act of the true god serves his creation or his return is analogized to the thief and the idea is not that god or the son of god or the son of man is a thief, but his unexpected return is akin to the thief who breaks into the house. The concern is that we must always be ready for the unexpected return of the son of man and son of god even in the mode and manner of a thief.

I would like to add more on the interpretation of this passage. The disciples are left here to administer Christ’s household until he returns from the marriage feast; they must be vigilant for him as Christ will minister to his faithful servants. Jesus will come as the glorified son of man and Peter is the leader in the administration of christ’s household. The role reversal of service by God underscores God’ unconditional love.

My friends, Christians and non-Christians alike, I do hope and pray that in reading this scripture interpretation you will derive a degree of benefit and I urge you to go back to the events described by Luke here and to the words of the son of god meant to guide us all to the heavenly realm of eternal life.