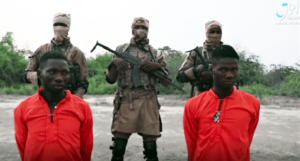 “A Report on the Recent Worldwide Persecution of Christians,” by Andrew J. Schatkin

Today I will again give consideration and thought to the issue of the present persecution worldwide of Christians and the church which I have previously spoken of and written on. I have analyzed this persecution as occurring in Pakistan, China, Algeria, Egypt, and many other countries and I must add that many of these acts of violence against Christians and the church emanate in instances from Arab and Muslim countries. I am of the firm conviction that the great majority of our Muslim brothers and sisters are peaceful and law abiding who are simply supporting their families and seeking the best life they can under their circumstances.

I now report on the many instances of Christian persecution in the world. On November 27, terrorists in Indonesia beheaded a Christian priest and killed three Christians and a salvation army church and six Christian homes were also torched. From November 20-25, members of an Islamic terrorist group killed 20 Christians and a clergyman lost his family in this event. During the first weekend in November, a member of an Islamic terrorist group killed 50 people in Mozambique and beheaded 50 people during three days of violence. Christians who refuse to deny Christ are among the victims and anyone who refuses to support these jihadists and their beliefs is attacked. In the Congo, they tried to force conversions and the wife of the clergymen was shot in the head and the 4 children cut in pieces. In the Congo ten girls were raped and fifteen girls abducted from the Anglican and Roman Catholic churches and 14 Christians were admitted to the hospital in critical condition with injuries to their heads and hands and legs. In Nigeria, the attacks on Christians have reached genocidal proportions. In November, 12 Christians were killed and women and children kidnapped. A church pastor was also killed. On November 6, 4 christians were killed and 7 persons kidnapped. On November 17, a christian community leader and his son were shot dead. On November 1, 60 terrorists stormed a school, killing 54. Women, children, and the elderly were rounded up and shot. On November 26 and 27, a Baptist pastor in Nigeria was killed by Muslims and on November 28 and 29, 7 Christians were killed and 2 children kidnapped by Islamic radicals. On November 9 in Pakistan a Christian mother and her son were killed by their Muslim neighbors. On November 23, a pastor and two Christian boys were killed by Islamic militants. In Egypt blasphemy related accusations and arrests erupted and arrest warrants were issued for Egyptian Christians accused of insulting Islam and two Christians were referred to criminal court on the grounds of mocking islam. In Iran, a convert to Christianity was whipped 80 times and another convert was also lashed in that fashion. Many Iranian Christians are in prison in Iran. The Iranian regime criminalizes conversion to Christianity. In Syria a cross was ripped down from a Greek orthodox church. In Italy the head and hands of a historical Virgin Mary statute in Margher, a a suburb of Venice, were cut off. In Austria, an Afghan refugee struck a 76 year old catholic nun in the face. On November 9 in Bangladesh armed Muslims attacked a catholic Christian village, wounding the faithful and desecrating the church. In Pakistan for two months after kidnapping her, five Muslim men gang raped and tortured a deaf and mute Christian girl.

What you have here, ladies and gentlemen, is the tip of the iceberg on the worldwide persecution of Christians. The mainstream media declines to report the brutal attacks and atrocities and I ask you, young and old, to address these genocidal attacks on the church and the Christian faith whose lives are being taken. Speak up for these martyrs and decline to let the world and the forces of Satan and evil walk over the burned and disfigured bodies of these victims. Go to your congressman, your assemblyman and state senator, and your city councilman. Speak up for truth and for those who suffer and have suffered these acts of persecution and violence and trouble to concern yourselves with other thoughts than political correctness and political fads and political rhetoric and step into the arena of truth, and honest discernment and critical thinking. Have a concern for the dead and dying and suffering innocent Christian lives being taken and snuffed out in this genocidal course of persecution and this swath of death.