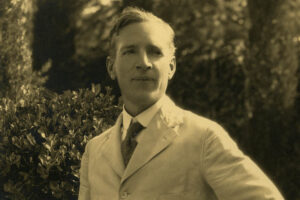 “A Biographical Sketch of the Great American Novelist and Writer, Upton Sinclair,” by Andrew J. Schatkin

My dear colleagues and thinkers, I bid you and ask you to join with me in another voyage of intellectual discovery where those who may wish to engage in critical thinking and do not engage in and accept media lies, falsehoods, political code words, and hype can join in the effort to gain truth and facts amid the barrage of corruption and virtual darkness we are confronted with and befuddled and made effective fools of. I welcome you in this quest and task of attaining and coming to know intellectual honesty and honest discernment. Join with me in this voyage of discovery to get at and find what is valid and authentic in the world of confusion and to come with me in tearing apart the curtain of lies and darkness that hides from us what is truth and facts.

So, ladies and gentlemen, I seek now to examine and understand the life and works of one of the greatest of American writers, an immortal treasure, Upton Sinclair. I have previously spoken of and sought to understand and examine many other of the greats of English and American literature including the poets Keats; Shelley; Byron; Tennyson; Coleridge; words worth; and T.S. Eliot, as well as the novelists such as Dickens; E.M. Forster; Kipling; and Thackeray; and many, many others, all treasures and all each day close to my heart the literary greats.

Upton Sinclair was born in 1878 and died in 1968 was an American writer and the 1934 Democratic party nominee for governor of California. He wrote nearly 100 books and won the Pulitzer prize for fiction in 1943. In 1906 he published an important novel named Th Jungle which exposed labor and meatpacking conditions in the meatpacking industry, causing a public uproar which led to the passage of several laws which addressed this issue. Many of his works can be read as historical works and describe the conditions of industrial America. They include King Coal, Oil, and The Flivver King, which all describe the working conditions in the coal, oil and auto industries. Sinclair was a socialist and ran for congress as a socialist and was also a candidate for the governor of California. Sinclair was born in Baltimore. The family moved frequently and he loved reading but did not start school until the age of ten. In 1888 the family moved to Queens, NY and he entered city college in 1892. He graduated from high school in 1897 and then studied at Columbia. After leaving Columbia, he wrote four books in the next four years. Sinclair spent 7 weeks on disguise to research the Chicago meatpacking industry and two years later published his expose of that industry The Jungle in 1906 which became a bestseller. In 1913-14 Sinclair made three trips to the Colorado coal fields, which led him to write King Coal and The Coal War. Sinclair had a political career, and he broke with the socialist party in 1917 but in the 20s returned to the party. He twice ran for congress on the socialist ticket without success and for the House of Representative and the Senate and for governor of California without success and founded the state chapter of the American Civil Liberties Union. In1934 he ran for governor of California on the Democratic ticket and his platform was the End Poverty in California movement and he gained the support and nomination of the Democratic party, but was defeated. Conservatives opposed him as a communist. Sinclair was a socialist from 1902 to 1934. Soviet and American communists disassociated themselves from him saying he was a capitalist. Sinclair returned to writing after the loss of the California governorship. Sinclair married in October of 1900 and a child David was born in 1901. In 1910, the Sinclairs moved to Delaware and his wife left him and in 1913 he married Mary Craig Kimbrough. They remained married until her death in 1961 and later that year married his third wife Mary Elizabeth Willis. Sinclair died in a nursing home in 1968, a year after his wife.

His most famous and successful novel was The Jungle first published in serial form in the socialist newspaper Appeal to Reason and the book was published by Doubleday. In 1906 Sinclair spent six months investigating the Chicago meat packing industry. Sinclair in the book describes the inhumane and unsanitary conditions of workers in this industry. The novel brought forth a cry for government regulation of the industry. In The Brass Check ,1919, Sinclair examined the issue of the free press and according to it, American journalism is a class institution serving the rich and spurning the poor. The Sylvia novels were a partnership between Mary Craig Sinclair 1913 and 1914. Between 1940 and 1953 Sinclair wrote a series of eleven novels featuring a central character named Lanny Budd, the son of an American arms manufacturer. Budd is portrayed as holding the confidence of the world leaders and mingles with peoples of all cultures. Sinclair placed Budd in the important political events in the USA and Europe in the first of the 20th century. The novels were best sellers.

Upton Sinclair was a writer I admired and loved. He represents, one hesitates to say, a culture of thought and the allowance of varied opinions. He was a socialist in a time and age when socialism was a movement that was politically allowed and people such as Sinclair and Jack London were its leaders. In our society, I can only say that I think and it seems more genuine thought was allowed and permitted and one wonders where Sinclair and London would be in today’s non-thought world. Sinclair went beyond in many of his works in muckraking and wrote many sorts and varieties of works and fiction. He had the courage of his ideas and convictions and what he said will last and endure. He came from and in an age of thought interchange and it is what he desperately need.