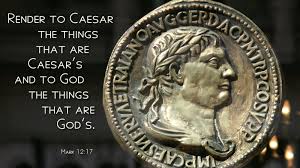 “Analysis of the Gospel of Matthew chapter 22 verses 15-22,” by Andrew J. Schatkin

My dear Christians and non-Christians alike and you of all faiths, and thoughts and views and opinions, I bid you and ask you to join with me in another voyage of intellectual discovery where those who may wish to engage in critical thinking and do not engage in and accept media lies falsehoods, political code words and hype can join in the effort to gain truth and facts amid the barrage of corruption and virtual darkness we are confronted with and befuddled with and made effective fools of. I welcome you in this quest and task of attaining and coming to know intellectual honesty and honest discernment. Join with me in this voyage of discovery to get at and find what is valid and authentic in this world of confusion and do come with me in tearing apart the curtain of lies and darkness that hides from us what is truth and facts.

I once again undertake the daunting and challenging task of interpreting and perhaps understanding the words of Christ, the eternal god savior and redeemer of all mankind. I approach this work of the spirit and love with humility and hesitation knowing that my gross human limitations are not up to at all totally grasping the great profundity and depths of meaning when we all seek to understand each of his words as he speaks to us from his holy word and from the mansions and precincts of heaven in the company of all the saints, the angels and archangels and as he speaks to us in communion with all the persons of the holy trinity.

The passage I seek to understand interpret and comprehend and present in this essay to the world is found in the gospel of Matthew chapter 22 verses 15-22, where Jesus is confronted by the Pharisees about what should be rendered to Caesar or the government and what should be rendered to god. The words of Christ here are as follows: “Then the Pharisees went and plotted how to entangle him in his talk. And they sent their disciples to him along with the Herodians saying, ‘Teacher, we know that you are true and teach the way of God truthfully and you do not care about anyone’s opinion for you are not swayed by appearances. Tell us then what you think, Is it lawful to pay taxes to Caesar or not?’ But Jesus aware of their malice said, ‘Why put me to the test you hypocrites? Show me the coin for the tax.’ And they brought him a denarius. And Jesus said to them, ‘Whose likeness and inscription is this?’ They said, ‘Caesar’s.’ Then he said to them, ‘Therefore render to Caesar the things that are Caesar’s and to God the things that are god’s.’ When they heard they marveled and they left him and went away.”

What are we to make of this passage and understand the apparently many levels of meaning found here? First of all, the religious of the day the Pharisees sought to trick him and make some sort of inappropriate or unwise statement perhaps with the view of Jesus making some sort of controversial and critical statement about the Roman government and occupation in Palestine with the idea of creating a problem for Jesus both potentially with the Jewish community and the Roman occupation and government in Palestine where he might, if he said the wrong words seen as inciting revolution or at least enraging the roman occupiers with inflammatory talk and also inflaming the Jewish community against their occupiers, seen as oppressors. Moreover, there an issue where these taxes went. Did they go to maintain a system of oppression, even enforced by assault and violence made against the Jews at times if they challenged Roman authority? Jesus answers by asking them to look at a coin with a likeness of the emperor and says avoiding the trick and entanglement the Pharisees sought from him saying give respect to lawful authority by paying your taxes and more important render what is due to god. To render to god is what Jesus is concerned about here but cautions his audience not to oppose lawful authority which is also ordained by god.

The message here in this situation and what was occurring is that the Pharisees in asking about paying taxes to Caesar was a matter that affected all Jews and a pronouncement that affected all Jews. His enemies thought to bring him into conflict with sectarian views. If Jesus approved paying taxes, he would be in conflict with Jewish nationalism, and if he disapproved the payment of taxes, he could be reported as disloyal to the empire. Hence the rather clever answer given by Jesus to respect government authority but give ultimate homage to god. The statement you are true means faithful to you word. The statement that Jesus does not regard the position of men partakes of the biblical message of impartial justice where no bribe is taken and the poorer litigant is given equal treatment. The phrase about paying taxes would have been an issue for the Pharisees since it involved acknowledging a foreign pagan power over Israel. To render to Caesar accepts the presence of the state as the lesser of two evils which without the state can be anarchy. Jesus looks to nonviolent social change and to the kingdom of god to come but he ends with the words that god’s claim is greater than the state’s.

I do hope I have shed some light on the words of Jesus, and once again and I am honored and privileged in the opportunity presented to interpret, however inadequately, the gospel message of Christ and whatever I may have said here is lacking with my inadequate mortality and human limitations and I urge as always go back to the biblical text and read reread and absorb in mind and heart the words of the son of god the eternal god and savior of us and for us all.