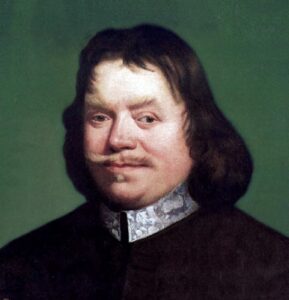 Today I will speak of and seek to understand the life and work of one of the greatest English writers of the past, the master of the great allegory The Pilgrim’s Progress and his great autobiography Grace Abounding to the Chief of Sinners.

John Bunyan was born in 1628 and died in 1688 and was an English writer and puritan preacher best known for the allegory The Pilgrim’s Progress, but he wrote many other books. He was born near Bedford had some schooling and joined the parliamentary army during the first stage of the English Civil War. He took up the trade of a tinker and joined the Bedford Meeting, a nonconformist group in Bedford, and became a preacher. After the restoration of the monarchy, he was arrested and spent the next twelve years in jail and during this time he wrote a spiritual autobiography, Grace Abounding to the Chief of Sinners, and began work on his most famous work, The Pilgrim’s Progress which was not published until some years after his release. In his later years, he lived as a popular author and as a preacher and pastor at the Bedford Meeting and The Pilgrim’s Progress became one of the most widely published works in the English language. Bunyan was born in 1628 and took up his father’s trade, a tinker. In 1644, He lost his mother and sister and at the age of 16 enlisted in the parliamentary army. After leaving the army after two years, he married. He then joined the Bedford Meeting and began to preach in the church and the surrounding areas. In 1658, his wife died leaving him with four small children, one of them blind. Bunyan was arrested for attending a religious gathering other than at the parish church. His trial took place in 1661 was sentenced to three months imprisonment which was extended to 12 years for his refusal give up preaching. In prison, he wrote Grace Abounding and started work on Pilgrim’s Progress. After his release from jail he continued his work of writing and preaching and continued as pastor of the Bedford Meeting and preaching throughout the countryside. In 1688, he was caught in a storm and fell ill with a fever and died. Some of the work that Bunyan published consisted of 42 titles and in 1656 he published his first work, Some Gospel Truths, but it is The Pilgrim’s Progress, an allegory for which he is best known written during his imprisonment. Further allegorical works include The Life and Death of Mr. Badman; The Pilgrim’s Progress, Part 2; The Holy War; and Grace Abounding to the Chief of Sinners.

Bunyan’s main legacy is his great allegory The Pilgrim’s Progress which I read and enjoyed in my early high school years and can never forget. I particularly love his spiritual autobiography Grace Abounding to the Chief of Sinners. I love Bunyan most of all for his fervent and zealous Christian faith.
I was brought up in that faith and have never wavered from it one iota. John Bunyan in his works and life reflect that faith and I deeply love, his piety which I have never ceased to be amazed with and treasured as an inspiration My dear students and parents, get Bunyan’s books and you will grow to love this great Christian thinker as I do and will always have him as part of my life.