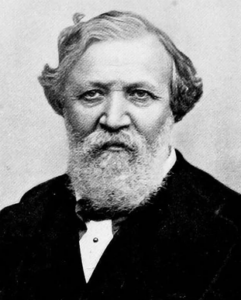 “Robert Browning: A Biographical Sketch of one of England’s Greatest and Most Notable Poets,” by Andrew J. Schatkin

My dear friends colleagues and lovers of literature and the great English writers of the past, I bid and ask you to join with me in another voyage of intellectual discovery where those who may wish to engage in critical thinking and to not engage in and accept media lies, falsehoods, and political code words and hype… join me in the effort to gain truth and facts amid the barrage of corruption and virtual darkness we are confronted with and befuddled and made effective fools of. I welcome you in this quest and task of attaining and coming to know intellectual honesty and honest discernment Join with me in this voyage of discovery to get at and find what is valid and authentic in this world of confusion and to come with me in tearing apart the curtain of lies and darkness that hides from us what is truth and facts…

I am very much a fan of the great writers poets and prose of the English literary tradition and in these pages I have spoken of and written of my all-time favorites which I continually read and re-read with renewed and continuous pleasure.

Today I will speak of and sketch the life and work of one of England’s greatest poets Robert Browning. Robert Browning was born in 1812 and died in 1889 was an English poet and playwright whose mastery of the dramatic monologue made him one of the foremost Victorian poets. His long poems Pauline and Paracelsus in 1833 and 1835 received some note but his poem Sordello was seen as obscure brought criticism upon his poetry. In 1846, he married the older, poet Elizabeth Barrett, and by the time of her death in 1861 he had published several important poems such as men and women in 1855, the collection Dramatis Personae in 1864 and the book-length epic The Ring in 1868 which made him the leading English poet and he continued to write extensively. When he died in 1889, he was regarded as a sage and philosopher. He was born in Walworth in South London. He was born in a household of books and literature. He was educated at home by a tutor. He refused a formal career and decided to dedicate himself to poetry and remained at home with his family until his marriage. In 1833, he published Pauline. In 1835 he published Paracelsus. In 1838, he visited Italy and in 1840 published Sordello. He married Elizabeth in 1846 and from the time of their marriage to her death he resided in Italy.
Browning was a liberal and supported womens’ rights; opposed slavery; and opposed anti-semitism. He was raised as an evangelical and non-conformist. In Florence, Italy he published his major works from 1853 which included his most famous poem men and women. Two volumes of this poems were published in 1855. In 1861, Elizabeth died. In 1868, he published his long poem The Ring and the book a blank verse poem based on a murder case from 1690 Rome. The poem consists of 12 books in 10 dramatic monologues narrated by various characters in the story showing their various perspective on the events with an intro and conclusion by browning himself. This poem was Browning’s most ambitious project, some twenty thousand lines, and is said to be his greatest work and was published in four parts in 1868 and 1869 and was a great success, bringing Browning the renown and fame he had worked for for many years. In his last years, Browning travelled extensively and wrote a series of long poems in the 1870s, including Balaustion’s Adventure and Red Cotton Night-Cap Country, which were best-received. He also produced major work of his later years about certain people of importance in their day. Browning died in Venice in 1889 and was awarded many distinctions. Browning is known today, although his long poems such as The Ring and the book and Sordello are well-regarded for such poems as his dramatic monologues as Child Roland to the Dark Tower Came; Fra Lippo Lippi; Andrea del Aarto; and My Last Duchess. His most popular poems are How they Brought the Good News from Ghent to Aix; Porphyria’s Lover; and Home Thoughts from Abroad. His reputation rests on his dramatic monologues in which the words not only reveal action but the speaker’s character.

For me, dear literati, Browning, along with Keats, Shelley, Coleridge, and Wordsworth reveal the great tradition of English poetry as it rose and developed. It is significant for me that in our present age the shrunken attention span is unable to read this great poetry. Thus the gap in the ability to think and comprehend is patent when we proceed from Browning or Dickens to the present simple fare geared to a modern audience raised and learning from tv and computer screens. In some sense, any sort of complex thinking occurs in print and these writers that I have spoken of and analyzed in these pages reveal a greater complexity of thinking and ask a far greater demand on the reader than is presently presented. Browning’s greatness lies in his monologues and his long poems where much in every way is asked of the reader with a resulting greater reward than is afforded by a network news show or anything with the shallow superficial vehicle of an image and screen.

Note: I am indebted for much of this essay and its content to the Wikipedia article on this writer and his work.