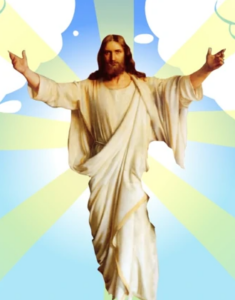 Dear Jesus, the lord of life and death, there are those who say that the biblical revelation is a form of mythology. Let me, dear Christ Jesus, consider this claim and statement. One person in a conversation referred to the fall narrative in Genesis chapter two as mythological and raised somewhat mockingly the issue how can we believe in a story portraying a talking snake? I say this: We clearly live in a world encased in sin and evil. There have been a number of genocides in the past 100 years in which millions were slaughtered and killed, including the present ongoing persecutions of Christians worldwide. The secular society stops, or rather declines, to speak of and account or give an explanation for the gross evil that infects our world.

The narrative in Genesis attempts to explain the reality of sin and evil. Genesis 1 defines the problem and provides a solution: first, that there is something radically wrong in human nature significantly wrong and tells us we did not start out that way and; second, provides an obvious explanation for evil in the world and how it came into our world, namely that there is a forces of evil in the person of Satan and this force of evil caused and brought about our present extremely confused world of pain suffering and humanity’s problem of selfishness and self-love. As for the talking snake, evil in that narrative took on that animal form and perhaps we are told in this story that evil took on this perhaps pleasing form to fool our first parents.

My friends, the story in Genesis strikes at the heart and point where the secular society cannot provide any other explanation of the evil of this world which seems to govern other than genetics and environment explanations for the reality and force of evil that are inadequate and frankly weak-minded. The narrative of the fall in Genesis is profound and of great depth and cannot be discounted or ignored by any of us who truly want the answer to the most troubling of questions and issues that materialism and secularism fails signally either to address or provide some have interpreted the story as allegorical or at least evil in the form of the snake I take it literally.

Dear Lord Jesus, we pray that you can lead us to understand your holy words in Genesis and not be fooled by the weak forces of secularism that give us nothing but shallowness and the surface not the depth of thinking genesis provides. Dear Jesus, guide us in this and other matters toward ultimate understanding and fulfillment of your words.