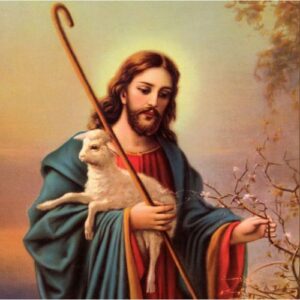 My dear colleagues thinkers and readers, I bid and ask you to join with me in another voyage of intellectual discovery where those who may wish to engage in critical thinking and to not engage in and accept media lies, falsehoods and political code words and hype can join in the effort to gain truth and facts amid the barrage of corruption and virtual darkness we are confronted with and befuddled and made effective tools of. I welcome you in this quest and task of attaining and coming to know and grasp intellectual honesty and honest discernment. Join with me in this voyage of discovery to get at and find what is valid and authentic in this world of confusion and to come with me in tearing apart the curtain of lies and darkness that hides from us what is truth and facts.

Today, I will be attempting to analyze, understand and interpret and explain one of Jesus’s most profound series of thoughts and sayings found in the gospel of Matthew chapter 13 vv. 53-58 as follows: “And when Jesus had finished these parables he went away from there and coming to his own country he taught them in their synagogue so that they were astonished and ‘said where did this man get this wisdom and these mighty works? Is not this the carpenter’s son? Is not his mother called Mary? And are not his brothers James and Joseph and Simon and Judas? And not all his sisters with us? Where did this man get all this?’ And they took offense at him. But Jesus said to them ‘a prophet is not without honor except in his own country and in his own house. And he did not do many mighty works there because of their unbelief.”

Once again Jesus challenges us in our thinking and in values. He returns to his own country and they are amazed that this carpenter’s’ son can have this wisdom and does these works or miracles. They speak of his mother and his brothers and sisters. The issue in this passage is wisdom of god and this doer of miracles is only the son of a carpenter a humble tradesman whose family, his mother, brothers are known to the community. They are amazed and astonished that a man of such humble origins can exhibit such knowledge and wisdom and power There is a class issue and a discrimination to accept the greatness of a man of humble working-class origins. This is the scandal of Jesus and he gospel that in the humble worker is found the true god. This is he scandal of the gospel that he chose for his followers simple fisherman; that his followers were sinners, the society outcasts of their day, and that he himself suffered the death of a executed criminal with two criminals at his side. This is something that troubles the world and will always trouble the world and troubles in this passage his immediate neighbors and his community who found this person what he proclaimed his wisdom and his miracles too much in their jealously to accept. Familiarity breeds contempt. Jesus’s countrymen fail to perceive god’s presence in him because they know his humble origins which they share and in despising his background and origins they despise themselves. The issue here is the mistaken and erroneous thinking of he world which judges on wealth and power and class background, no matter how great that person is despise he person of humble origins who lacks power in the world system. This thinking prompted Jesus to cease his mighty works because of their unbelief caused by jealous resentment.

This concludes my interpretation of this passage in the gospel of Matthew and I do hope and trust that in this essay I have shed some light on the words and thoughts of Jesus, whose words we cannot cease to read, reflect on, and at least try to comprehend. I urge you all to read this essay more than once and, more important, return to and read and reread the biblical text of the words of Jesus. We cannot read the bible and the words of Jesus in the gospels enough and sufficiently.