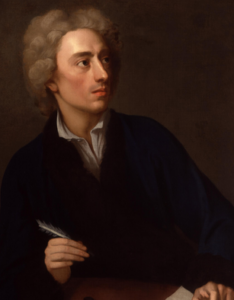 My dear friends and thinkers, I bid and ask you to join with me in another adventure of intellectual discovery where those who may wish to engage in critical thinking and do not engage in and accept media lies falsehoods and political code words and hype can join in this effort to gain truth and facts amid the barrage of corruption and virtual darkness we are confronted with and befuddled and made effective fools of. I welcome you in this quest and task of attaining and coming to know and grasp intellectual honesty and honest discernment. Join with me in this voyage of discovery to get at and find what is valid and authentic in this world of confusion and do come with me in tearing apart the curtain of lies and darkness that hides from us what is truth and facts.

Thinkers and critical thinkers, today I propose once again to discuss and present another giant of English literature as I have done previously on these pages when I spoke of EM Forster; Joseph Conrad; John Stuart Mill; Jane Austen; Charles Dickens; and William Makepeace Thackery; and many of the greats and giants of English literature. Today I will discuss another giant. this time Alexander Pope. who is regarded as one of the greatest of English poets and the foremost poets of the 18th century. The poet and his family were Catholics, which hampered the financial circumstances of the family and they were banned from living within ten miles of London and banned from attending a public school or university, and so the poet was largely self-educated and was taught to read by an aunt and learned the modern European languages, French and Italian, and Latin and Greek. His first major poems were the Pastorals and he wrote one of his most famous poems entitled An Essay on Criticism, released in 1711, a poem modelled on Horace’s Ars Poetica. This poem met with a great deal of attention and won Pope a wide circle of admirers. The Rape of the Lock, the poet’s most famous poem, appeared in 1712. When Lord Petre forcibly sniped of a lock from Belinda, the incident gave rise to a quarrel between the families. The poem is a mock heroic epic. He wrote a popular romantic poem Eloisa to Abelard. As a satirist, Pope made enemies and wrote little after 1738. His masterpiece was the Dunciad and he did wonderful rhymed verse translations of Homer’s Iliad and the Odyssey, and did an edition of Shakespeare’s works.

Pope was born in London in 1688. The family moved from London to an estate in Berkshire close to the Royal Windsor Forest. Here he educated himself in the classics and English authors such as Chaucer, John Dryden and Shakespeare. From age 12, he suffered health problems. Pope had income from his translation of Homer that enabled him to move to a villa in Twickenham. His Essay on Criticism was published in 1711 in the style of the heroic couplet which at the time was a new poetic form. The poem discusses the critical rules that govern poetry and he discusses the laws to which a critic should adhere while critiquing poetry. Pope’s most famous poem, The Rape of the Lock, was published in 1712 and a mock epic satirizes a high society quarrel. The poem An Essay on Man was published between 1732 and 1734 and was written in heroic couplets and is an attempt to vindicate the ways of god to man. It consists of four epistles in which Pope presents his idea of the operation of the universe and it is an affirmative poem of faith. Later poems were the Imitations of Horace; the revision and expansion of his masterpiece the Dunciad; the Epistle to Doctor Arbuthnot; and his extensive translation of the Iliad and The Odyssey of Homer. His edition of Shakespeare’s works appeared in 1725 and a second edition in 1728.

Alexander Pope was introduced to me with an edition of his poetry by a college friend and I have never forgotten his rhymed poetry as I came to know him. He was not the blank verse master John Milton, but of his time was the best and greatest of English poets. His rhymed couplets are beautiful and he ranged from translations of the classics to critical theory and the mock epic the rape of the lack and moral philosophical poetry, such as The Essay on Man. He passed in 1744, but I am confident his work will continue to endure for all future generation who are lovers of literature and great poetry and my dear parents here is another great writer to bring your children to. Take them to the library and Barnes and Noble and do not let them miss the opportunity to come to know this great poet and the other writers I have spoken of in these pages.

Note: I am indebted to Wikipedia for much of the content of this essay.