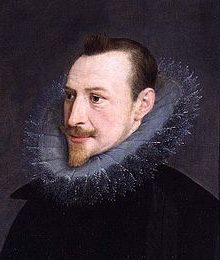 My dear friends, colleagues and thinkers and readers, I bid and ask you to join with me in another adventure of intellectual discovery where those who may wish to engage in critical thinking and do not engage in and accept media lies falsehoods and political code words and hype can join in the effort to gain truth and facts amid the barrage of corruption and virtual darkness we are confronted with and befuddled and made effective fools of. I welcome you in this quest and task of attaining and coming to know and grasp intellectual honesty and honest discernment. Join with me in this voyage of discovery to get at and find what is valid and authentic in this world of confusion and do come with me in tearing apart the curtain of lies and darkness that hides from us what is truth and facts.

Today, I wish to speak of and seek to explain and understand one of the great poets of all times ages and a giant of English literature, Edmund Spenser, certainly one of the premier poets of the English renaissance and of the 16th century. In these pages, I have addressed and spoken of and attempted to present to a wider reading public great writers of the past ages who due to the nature of our modern society may be lost to many. These include John Stuart Mill; Dickens; Thackeray; Sir Walter Scott; Jane Austen; and EM Forster. For me, these writers are the immortals and I cannot stop reading them and say not to know and read them is to be in a state of intellectual deprivation. I have a particular love of the English epic poet John Milton who correctly defined the fall of man in the Garden of Eden to be the seminal event world cosmic history. He is one of my indispensables whose books I cannot leave.

Edmund Spenser was born in London in 1552. He was educated at the Merchant Taylors school and matriculated at Pembroke College in Cambridge. In July of 1580, Spenser went to Ireland and served under Lord Grey. Between 1587 and 1589, he acquired his main estate and later a second holding. In 1590, Spenser brought out three books of his great romantic epic the Faerie Queens. In 1594, Spenser’s first wife died and he married a much younger woman. In 1598, during the Nine Years War, he was driven from his home and his castle burned. In 1599, he travelled to London where he died at the age of forty six.

The poetry of Spenser is lyric and of great beauty. His first major work was the Shepherds Calendar and it appeared in 1579 and emulated the roman poet Virgil in his eclogues. His masterpiece, however, was the epic poem The Faerie Queene. The first three books were published in 1590 and a second three books were published in 1596. It isone of the longest poems in the English language and is an allegory including the praise of Queen Elizabeth and follows several knights in an examination of several virtues. Spenser was and is, however, one of our greatest lyric poets and in 1595 he published the Amoretti, a sequence of 89 sonnets and the Epithalamion, written for the wedding of his young bride. Later, he published a poem the Prothalamion, a wedding song written for the daughters of a duke. Spenser was influenced by such roman poets such as Virgil and Ovid and much more so by the romantic Italian epic of Ariosto and Boiardo. To say that the Italian epic influenced Spenser is an understatement. To acquire a grasp and understanding of Spenser and his background and influences, dear readers, do read C.S. Lewis’s great work of criticism, The Allegory of Love, and also his great and massive volume English Literature in the Sixteenth Century. Both of these books are well worth reading for those who wish to obtain and grasp of this great poet and his age.

It is said that Spenser is the poet’s poet and he represents a bygone age and his greatest work the romantic epic The Faerie Queene, a work of sustained beauty, makes a great demand on the attention of this modern age of computers, TV and smart phones. He and his work are truly the product of a bygone age of lords and ladies and knights. His age is past and the romantic allegorical vision of human relationships which was the culture of the past l,500 years and fueled courtship and love between the sexes is perhaps gone if not cast aside but one day the romantic worldview of love and courtship may one day return. For me, although I have not read the entire Faerie Queenes, I have read and enjoyed sections and to this day derive great enjoyment and satisfaction from his sonnets and wedding poems. I never tire of reading them and their lyric beauty continues to enter and captivate my heart and soul.

Note: I am indebted to the Wikipedia article on Spenser his work and his life for much of this essay.