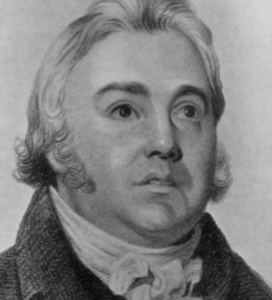 My dear friends and fellow thinkers and readers, I bid and ask you to join with me in another adventure of intellectual discovery where those who may wish to engage in critical thinking and do not engage in and accept media lies falsehoods and political code words and hype can join in the effort to gain truth and facts amid the barrage of corruption and virtual darkness we are confronted with and befuddled and made effective fools of. I welcome you in this quest and task of attaining and coming to know and grasp intellectual honesty and honest discernment. Join with me in this voyage of discovery to get at and find what is valid and authentic in this world of confusion and do come with me in tearing apart he curtain of darkness that hides from us what is truth and facts.

My fellow readers and thinkers and discerners today I will once again as I have done before discuss another literary giant of English literature, Samuel Taylor Coleridge, one of our greatest poets, a favorite from my earliest youth. I have examined other great writers of English literature including John Stuart Mill; EM Forster; Sir Walter Scott; Anthony Trollope; and Joseph Conrad. I treasure and love them all. They are my essentials and indispensables that I cannot cease to read and cannot put down.

Let me begin with the life of this great poet and then speak of his work. Coleridge was born in 1772 and died in 1834. He was a poet and literary critic and was a founder and member of the romantic movement. He wrote poems that have lasted to this day, including the Rime of the Ancient mariner and Kubla. Khan. Coleridge had physical and emotional health issues. throughout his life. Coleridge was born in 1772 and at age 8 was sent to Christ’s Hospital, a charity school. He read and studied constantly both in English lit and the classics. From 1791 to 1794, he attended Jesus College in Cambridge. In 1796, he released his first volume of poems. In 1797 he lived in Somerset and wrote his greatest lyric poems including the Rime of the Ancient Mariner and Kubla Khan. In 1798, he published with Wordsworth lyrical ballads which proved to be the starting point of the English romantic age. The poet worked briefly in Shropshire and in 1798 left with Wordsworth for a stay in Germany.

In 1800, Coleridge returned to England and settled in the lake district with Wordsworth. In 1804, he travelled to Malta and returned to England in 1806 and in 1807 and 1808 he returned again to Malta. He became addicted to opium. Between 1810 and 1820, he gave a series of lectures in London and Bristol and those on Shakespeare resulted in renewed interest in this playwright. In 1816 he took residence in the home of the physician James Gillman and published other writings including his major prose work Biographia Literaria. Coleridge died in London in 1834 due to heart failure along with a lung disorder due to his addiction to opium.

Coleridge is regarded as one of the most important figures in English poetry and he is best known for his two longer poems, in particular, the Rime of the Ancient Mariner; and Christabel; as well as the compelling and amazing lyric Kubla Khan. These poems exhibit wonderful metrical movement and phrasing. Coleridge wrote now called ‘the conversation poems.’ These poems are considered to be among the finest of Coleridge’s verses. Coleridge wrote and published a great deal of literary criticism including the Biographia Literaria. Coleridge wrote book reviews and was a profound political thinker and while he began life as a political radical he later developed more conservative views.

Coleridge’s poetry has always enthralled and entranced me. His poetry is unsurpassing in its lyric beauty and even in my high school years and certainly while in college I was stirred by the beauty of his lyrics, in particular the wonderful short lyric Kubla Khan. If anyone in the English speaking world does not know and have the privilege of reading and reflecting on his poetry, they are impoverished and they are missing out on a most wonderful experience of poetic beauty which none should miss. Parents, bring this poet and his poetry to your children and give them a literary experience never to be missed. Have your precious children cast away their cell phones and computers for a day to be touched by the beauty of a poetic master.

Note: This essay comes in part for a Wikipedia article, a biography of Samuel Taylor Coleridge.