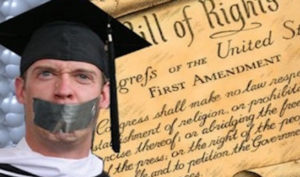 “Is Knowledge and Debate in Danger of Death, Destruction, and Extinction in our Public School System and our Colleges?” by Andrew J. Schatkin

My dear ladies and gentlemen and you who choose to take the path of honest discernment and reject the false idols of political correctness, media slogans, and political code words, and seek to pursue truth and facts, I bid you join with me on this brief but I do hope intellectual journey to find the light amidst the gross lies and darkness our system seems and seeks to push and impose on us.

I now wish to speak of certain developments in our educational system and society, namely the absence of thought beyond slogans and propaganda and the equal absence of intellectual debate with the result that universities which should be havens of free inquiry have become nothing more than propaganda mills. I first note and say again that the ability to read and write and critically think has, if not declined, then been in decline. In a previous essay on this apparent decline, I offered and gave a number of possible reasons for this which included the speculation that the former western culture may be either ending or in the process of coming to an end. Witness the absence of live drama such as was prevalent in Shaw, Lillian Hellman, Tennessee Williams, Arthur Miller, and Clifford Odets; the end of classical music with Stravinsky and the American musical theater of Richard Rogers and Cole Porter; the decline of poetry, once a very popular art form, found only lately in T.S. Eliot; and the end of the novel found at its end in Tolstoy, Faulkner and Steinbeck. I gave one reason and offered others such as the prevalence of science and technology as subjects pushing our the arts and literature; our image and social media culture, where reading has taken a back seat, not because people cannot read, but because in our culture of cell phones, emails, and text messages, the emphasis is on quick and careless communication. The result is not that people cannot read, but the attention span is limited and focus is difficult and limited and so complex thought in print is difficult due to the lack of the ability to focus and concentrate.

Let me look at another result of all this. There is a lack of thought and thought interchange and debate. The reason for this is what I said, but more important, our people and population are so affected by media slogans and, if you will, propaganda that there is not only a loss of the ability to critically think but there is no debate or intellectual interchange. Let me give some examples: The matter of abortion in our schools and much of our society is defined by the cry of women’s’ rights. There is no mention or debate that an obvious human life is involved and that life has been brought to an end in an act of murder. Second, evolution, as opposed to creation. Evolution, a theory, is taught in our schools as fact. The alternative of creation, which is most reasonable, is not referred to. Evolution observes the gradual development of all species through fossil remains but fails to explain how these changes in cells happened to occur to bring about the many forms of life on our planet. Finally, there is the matter of illegal immigration. Law violation and law-breaking stares us in the face, yet in our school system there is no debate.

These are some examples where there is no thought and no thought exchange and where not only is there no thought or difference of opinion allowed or permitted, but what should be in our system and schools and media matters of thought and debate have become nothing more than propaganda mills and shouts of sloganeering. I note and have been told that in our academic system for a professor or student to be for and support the politics of President Trump is to take a risk. So much for a system of free inquiry and free idea interchange.