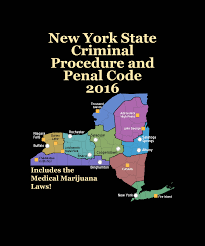 My dear readers, thinkers and fellow intellectually curious. I am not at present practicing law but have a law degree and offer my thoughts and knowledge on the parameters governing the withdrawal of a guilty plea in the New York State Court system. I do hope that what I say here will be of use to lawyers, law students, and the general public.

It may occur in the course of criminal litigation that the defendant both for the fact of it and also for reasons of practicality and prudence makes the decision to plead guilty rather than risk the potentiality of the heavy consequences of a loss at trial. It may also happen that this same defendant may at a later point in time and before or on the date of sentencing decide that he wishes to withdraw his guilty plea, perceiving perhaps that he was the victim of a misunderstanding on his part of what his admission entailed or meant or that he was the victim of some sort of fraud or even coercion. Under these circumstances, the defendant may, as has been stated, wish to begin the process anew and seek to obtain some sort of vacation of his plea. Analyzing both statutory provisions and case law applications, this essay will consider the criteria and circumstances under which a defendant may be permitted to withdraw his plea.

Criminal Procedure Law (CPL) Sec 220.60 entitled, “Plea; Change of Plea,” sets forth the statutory requirements as follows: The defendant can withdraw his plea to an indictment before rendition of a verdict and enter a plea of guilty; before sentence the defendant who has pled guilty may with the permission of the court and the consent of the people withdraw his plea before the verdict and enter a plea of guilty to part of the indictment or a plea of not responsible by reason of mental disease or defect; at any time before imposition of sentence, the court may permit a defendant who has entered a plea of guilty to the entire indictment or part of it or a plea of not responsible by reason of mental disease or defect to withdraw his plea. The withdrawal of a plea is not within the power of the prosecutor but rests solely within the discretion (1) of the court. The motion must be made in writing with an accompanying affidavit by the defendant setting forth the factual matters supporting his claim of innocence (2). The defendant has the burden of establishing the grounds which would justify the withdrawal of his plea of guilty (3). The trial court cannot, without the defendant’s consent, in the absence of fraud, new evidence, or gross error, vacate a plea of a guilty (4). Likewise, the trial court may not authorize withdrawal of a guilty plea without the consent of the prosecutor (5). Where the defendant’s contentions are fully set forth in his motion papers and the plea minutes or record provide a substantial basis for rejection of the defendant’s contentions, the trial court in its discretion may deny without a hearing the defendants motion to withdraw his guilty plea.

It may be said that where the defendant at the time of sentencing makes statements which include allegations of innocence, the trial court should not impose sentence without holding a hearing on the issue (8).Of course it is in the discretion of the trial court to determine whether to hold a hearing or not (9). The trial court not only has the discretionary power to permit a withdrawal of a plea of not guilty before the institution of judgment but afterwards (10).

Coercion on the part of a co-defendant, if shown, can result in withdrawal of a plea of not guilty. The claim of coercion can also result from the purported improper action or advice of the defendant’s attorney. This too can result in the withdrawal of a plea of guilty (16). It is also the law as a subcategory of coercion that misleading comments of the court can result in the withdrawal of a guilty plea or a hearing on the issue (17). A second subcategory of coercion where the court will allow the defendant to withdraw his plea is where the prosecutor has coerced him by threats of deceit to enter into the plea (18). A guilty plea may also be withdrawn where the plea of guilty has been entered into by mistake or misunderstanding (19).

It is hoped that brief survey on the method and procedure where by a plea may be withdrawn will assist lawyer, law student, and the interested public on how to deal with and be informed in this field.

This essay is taken from my book, “Select Legal Topics,” pub. 2011 by the University Press of America, pp. 257-259. Footnotes and references have been omitted and can be found on p. 287 of this book.