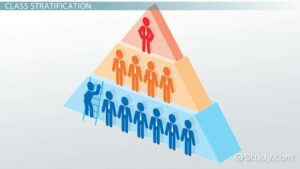 “Class: A Myth and an Evil,” by Andrew J. Schatkin

My dear friends and readers and thinkers, I would like to talk about class and class demarcations. First, let me say that as a Christian and as a responsible person, I detest and vehemently oppose class distinctions. Jesus was quite emphatic in opposing class and class distinctions and demarcations. He said the poor were blessed; he was criticized as a man who associated with the wrong crowd publicans and sinners; it was asked of him, Can anything good come out of Nazareth? He chose as his disciples fishermen and a tax collector. He himself was a carpenter and St. Paul was a tentmaker. Many of his followers were women and one a reformed prostitute. We Christians believe that Jesus has eternal and undying love for all men and women living, deceased and yet to be born. He came to save all humanity and died for all humanity out of his love and mercy. Being a Christian cannot involve belief or acceptance of class as a concept or consideration. Jesus had a special love and concern for the poor, and underclass. Christians go throughout the world feeding the hungry and curing the sick and ill, whatever their economic status, in accord with the commands of Christ. There is no doubt that a Christian cannot be concerned with class or wealth, which is the expression of class.

Second, I oppose class belief and the acceptance and having the goal of attaining upper class status because I see all human beings as essentially equal. Everyone has something to offer in talent and character and I find irrational and false the idea that wealth or talent or education make a difference. Everyone for me is special and class, which essentially results from wealth and possessions, is not a valid measure of any person. The measure, I believe, is that all of us have gifts and talents, which can and must be used in the service of God. Class comes from the acquisition of wealth and our wealthy families of today such as the Rockefellers started as a working class store owner. The nobility of Europe, the aristocracy, acquired their status through land acquisition hundreds of years ago which gave them their power. Class is nothing more than economic and political power. Class is and may be used through its power to dominate and domineer over others. Sometimes class status and its wealth and power are used to oppress other races such as occurred in the United States with respect to our African -American brothers and sisters and the colonization of Africa and Asia.

Class is nothing more than power and its use by those who gained the wealth to join the upper class. I do not and refuse to measure any human in terms of class or money and so although I am a loyal American I understand the point of socialism, which is to bring about the equalization of society and elimination of wealth distinctions, and bringing jobs, education, and medical care for all. I see and understand the point of Karl Marx, addressing the abuses of the industrial revolution and the oppression of workers at that time and age.

I have given my reason for my rejection of class distinctions. I oppose the concept of class and even at all adopting its validity. Class is nothing more than gaining power and dominance and oppression. I reject the idea and take the view of the Son of God on this issue and in this respect. I welcome any and all responses to this essay which can be addressed to my email address, a.schatkin48@gmail.com.