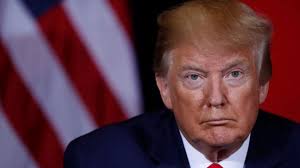 “Why the Democratic Party Wants to Impeach Donald Trump,” by Andrew J. Schatkin

I would like to discuss in these pages and site the matter of what I think are the real reasons the Democratic Party seeks the removal and impeachment of the President.

The first and most pressing reason is a power struggle. The Democratic Party is still largely is out of national, state, and local power. Until recently, the Congress has been under the control of the Republicans. The state legislatures and governors are mostly Republican. In short, the country, local, state, and national has largely been under Republican control and the Democratic Party is desperate to get back into power. At stake are large sums of money and desirable and important jobs throughout the federal system, in particular the federal judiciary.

Nevertheless, the questions must be asked why seek to remove and impeach a president who has done such good. This President brought home in one week the hostages from Korea and the remains of American soldiers. He has brought large-scale prosperity to this country as never before seen. He has, in controlling illegal immigration, preserved jobs for poor and vulnerable black, Latino, and white American citizens pressed in poverty. His pro-life stance has sought to save the lives of many female children as well as blacks and Latinos, the prime victims of abortions. He has correctly addressed the minority Muslims who have sought to do us harm and have done so in a series of continuing attacks of violence not only here but in Egypt, Nigeria, and the genocide of Christians in the middle east as well as attacks in Europe, Pakistan, and Sri Lanka. He has rightly addressed the issue of national security and seeking to control illegal immigration, motivated not by racism or hate but by proper national policies.

So, the question remains: why impeach? Let me suggest some answers. The Democrats want illegal immigration for their votes and to regain power. By the same token, the Democrats want Muslim immigration for their votes. Finally, corporate America, with the support of both parties, want a cheap pool of labor without benefits, as they do not care about poor Americans who are being cut out of the workforce. No amount of political rhetoric can hide the reality and truth of what is occurring. The Democrats with the cry of compassion and love fail to hide their real goals and purposes. Finally, I suggest another and final and most compelling reason. The President is appointing conservative federal judges—District, Circuit, and, of course, in the US Supreme Court. The Democratic Party is panic-stricken. Without the support of the federal judiciary, their policies and programs are doomed. So, all in all, this President, this leader must be removed at all costs and with every weapon of political rhetoric at their command at the cost of the interests of the American people.