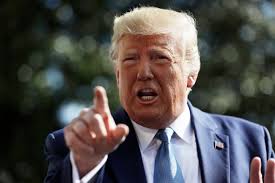 “President Trump: Is He Stupid or Not?” by Andrew J. Schatkin

For some time, I have picked up a slander about President Trump. I think it started after the shock of his election to the left ideology and globalists who thought he would and never could lose and ever since then through slander, lies, and innuendo, have determined to bring about his removal from office or his resignation. This was initially sought to be accomplished through political code words such primarily “racist” and “discrimination.” Having failed with that tactic, they now seek his impeachment.

I now want to take a look at some brief conversations I had with persons I met on the commuter train and in a local book store. Both said, “look who we have as President.” The person in the bookstore implied the President could not read and the woman on the train referred to him as a racist and bigot. I recall another person in that bookstore say the president was biased and prejudiced against immigrants.

Let us take a look at life and record of this supposedly stupid man. This President opposes and seeks appropriate legal action against illegal immigrants who are using the resources (medical, employment, and educational) for their own manipulative benefit. President Trump is far from stupid or prejudiced. He was the CEO of a billion dollar international business in NYC for some years and employed large numbers of blacks, Latinos, gays, and women. The remote possibility of bias and prejudice is zero. This stupid unfit man for national office brought home from North Korea the hostages in one week that the democratic administration took years to do when confronted with the same situation. He also brought the remains of American soldiers from that country to the USA. In controlling illegal immigration, he is not against immigrants and has by this method preserved jobs for poorer American blacks and Latinos who would otherwise be deprived of those jobs by illegal immigrants who would be paid lower wages and paid no benefits. He has brought, in short, massive jobs being placed in minority communities who have great need of those jobs and in fact has brought an unprecedented and a lengthy period of prosperity to this country and the stock market has steadily risen. He has sought to preserve American business not leaving our country for other countries, so again preserving jobs and employment for American workers. He is pro-life and not anti-women when half the babies aborted are female and most mothers are black and Latino.

This man is not prejudiced or hostile to minorities, and women. A recent top terrorist leader was rightly killed by American special elite forces. This president is not stupid by any stretch of the imagination and if he is not sufficiently well-educated for some portion of our society and does not read enough and cannot read, although there is not evidence of the latter, culture is not any sort of qualification for office. We need in our rulers not culture and literacy but mercy, financial integrity, character, practical intelligence, and a work ethic; in short, not culture but character.

It is quite clear that President Trump is highly intelligent having reformed and made new the Republican Party and brought it to a new direction, in response to the will of the American people as expressed in the last election. He is no fool and no moron but a highly astute and honest president.

Those who dislike him and call him unfit and stupid decline to look at the record. I suggest his haters take a long hard look at the truth, which slaps them in the face.