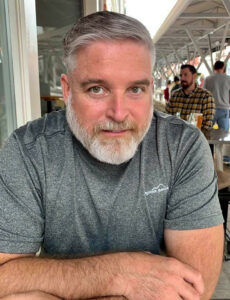 Tony Carroll is a 52 year old man married to a loving wife with a daughter in college. He was born in Kentucky and has lived in numerous states including Tennessee, Indiana, Arizona and currently Virginia. He has spent most of his professional career as an Engineer. He has worked in the automotive industry, aluminum manufacturing industry as well as working as a Test Engineer at the US Army’s Proving Center in Yuma AZ testing numerous weapons systems. He was also a member of the US Army Reserve for 34 years serving in two deployments to Iraq and once to Afghanistan. He spent his last two years of the Army assigned to the Pentagon, retiring in 2018 at the rank of Colonel. Tony has been a Christian since age of eight and believes one of the biggest challenges for Christianity in the US is lack of knowledge of professing Christians coupled with the explosion of outspoken skeptics.