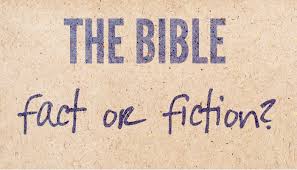 I would like to talk about and approach the subject of how to read and understand the bible and how perhaps there are some few if not many and even a majority in our society who see and interpret the bible as mythology, myths, and fairy tales.

Let me start off with a few examples. A few years ago, while I was in Holland enjoying a vacation, a taxi driver taking me from the airport to my hotel expressed the view that the bible was so much childish nonsense, fairy tales, and myths. I did not respond. Again, two colleagues of mine in my office at different times said the same I did at those events give my view. I do think the thinking of these persons was incorrect, uninformed, and, frankly, exhibited for me great ignorance. I am of course an orthodox Christian and adhere to the full authority of Holy Scripture.

I first say that these opinions and views expressed by these fine people who I have met and make no criticism of approach the bible and its worldview mistakenly and wrongfully. The bible, to be understood by anyone fully and completely, must be approached and understood as informing us of the supernatural and a three-tiered cosmos of heaven, the earth, and hell, much as John Milton in his wonderful epic poem Paradise Lost so stirringly and beautifully described with such poetic excellence and beauty. If one does not approach the bible with that grasp and understanding, you are not only not seeking to understand this most important and world-shaking book but are wasting your time and intellect. To understand any book, including the bible, one must enter into the mind and intellectual perspective of the author and suspend any presuppositional thinking that will only serve to cloud and confuse and prejudice your possible understanding of the work. Mortimer J. Adler, in a wonderful book entitled How to Read a Book, said of the bible in the European tradition was a book in more senses than one.

I will make another comment with respect to the comments of these three fine gentlemen I have spoken of. I say this with hesitation and not with the intention to be critical or give pain but these comments reveal for me gross ignorance They show to me that these gentlemen have neither read or even come to understand the bible in its depth and profundity.

Let me look at some biblical passages with you my readers. In
Genesis chapter 1, we are told that God created male and female in his image (v. 26-28). This passage in its message and depth of meaning reveals to me and must reveal to all who read and comprehend it that men and women are equal and each bear the stamp of the divine image. This is the original statement of women’s rights and women’s equality. God leaves us in this passage no alternative in these verses written perhaps 3,000 years ago. Is this a fairy tale and myth and mythology in the depth of meaning we are given and offered?

Let me look at the Fall narrative in Genesis chapter 3 where the serpent, commonly interpreted and thought to be Satan, tells Eve that she will not die eating of the tree god but in fact will become a god herself. God comes down to us in this story that the serpent appealed to Eve’s pride thus causing her downfall and so bringing evil, sin, and wickedness and every sort of natural disaster in the world, bringing all of humanity down to what became and was now a sin encased world. Is this is a myth? Yes, it must be interpreted as such, but it is a most profound and deep short narrative since it pinpoints the gross human failing we all share and has caused and will continue to cause every sort of evil imaginable. The secular world and the material world give no adequate explanation for the prevalence of every sort of evil in this world stating and citing poverty and genetics most weak explanations for the at least six genocides in the last century including the Russian Revolution; Pol Pot; Darfur; Bosnia; the Holocaust; and Armenia; as well as the last 20 years of terrorism. Is this narrative no more than mythology and a fairy tale which addresses the world as it has come to be and is an evil world? Is this chapter of Genesis nonsense when it strikes at the heart of why the world and humanity are failed and corrupt and lacking all due to our pride which continually leads all of us astray?

Let me take a look at some sayings of Jesus in Matt chapter 5. Jesus says in Matthew chapter 5 that the poor in spirit are blessed and theirs is the kingdom of heaven. In Luke chapter 6 he says the poor are blessed and theirs is the kingdom of God. Are these the words a person who is a myth; are they words of a made up fanciful fairy tale? Are these statements in their originality, depth, and profundity the words of some fool or lunatic spinning myths and entertaining stories? These words will and will always challenge the world and the thinking that dominates our western society of materialism and goods and money acquisition. These words are not coming from the mouth of Apollo; Zeus; Jupiter; or Hermes; but clearly have a deeper and more profound source. Jesus says in Matt chapter 5 that anger is equivalent to murder and killing and lust equal to adultery. These sayings, number one, raise the moral law and bar immeasurably and, second, Jesus pinpoints the true source of murder and adultery, namely anger which leads to murder and killing, and lust which leads to adultery. Jesus then says not to swear an extension of not swearing falsely and further tells us not to resist evil and turn the other cheek when stricken. He commands us to love our enemies and pray for those who persecute you. I cite these sayings as the great extension of the moral vision Jesus commands us to follow. Again, I say are these most deep and profound sayings no more than coming from the mouth of a myth-maker? Is that how we are to understand them? I think not.

Let me take a short look at some thought of the Apostle Paul. He says in I Cor. 13 that if I speak with the tongues of men and angels but have not love I am a noisy gong or clanging cymbal and he does not to expand on the primacy of love. There is an even more telling passage in Gal 3:28 where the apostle says there is neither Jew nor Greek, there is neither slave nor free, there is neither male nor female, for you are all one in Christ Jesus. Both of these passages, written by St. Paul 2,000 years ago, reveal his thinking not be that of a crank or product of a myth but reveal his thinking to be not coming from mythology and not the product or some fanciful fairy tale but from a source of thinking and inspiration that few of us are capable of. It is tragic that this apostle was beheaded.

I would like to make two other comments before I end this essay. One cannot reach a solution of interpretation of the bible by crediting these moral sayings, which are obviously quite advanced and saying the miraculous and supernatural and the miracles attributed to Christ are mythology and fairytales. That is throwing out the baby with the bathwater. It comes down to either the profound biblical thinking and, if you will, revelation cannot be picked to our comfort or discomfort. We can, I suppose be happy with the moral and philosophical vision of the bible and leave it at that, but I say the biblical vision and revelation cannot be shaped to our modern fancy.

Finally, I make this last comment on the bible and in response to the comments of these good men that the bible is fairy tales, myths, and mythology In Exodus 20, the Decalogue says not to make graven images making clear that the true god is a spirit not an image or likeness (v. 4). The Decalogue also says, and this is most significant, that we are commanded not to covet an entirely mental action and thought. These are two examples of the advanced moral vision present in the bible where our thinking in the form of jealously is addressed and condemned and prohibited and, moreover, we are told that god is a spirit and is not an image of stone which was the case in some of the surrounding cultures.

I end this essay and do hope that those who read it will come to some extent understand the error in labeling the bible as myths, mythology, and fairy tales, when in fact its depth or thought none of us can fully plumb.