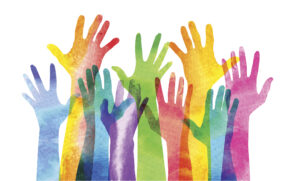 I would like to talk about something that I question its truth claim, that is that modernity, keeping current, and keeping up with the claim of the popular culture is something desirable or even good.

Let me say I have no hostility or hatred and discrimination directed to our gay brothers and sisters who I know Jesus died for and suffered for on the cross. I detest as a Christian any sort of discrimination or hatred directed to the gay community whether in the civil society or in the church.

I object, however, to the position of this media commentator that the ideas and views and thoughts of the past are to be discounted and that we must keep current and if you will modernize, keep current, and keep fashionable and faddish in our thinking and opinions. The thinking exhibited by this media commentator is frankly stupid and exhibits great ignorance. We stand on the shoulders of all the great past thinkers, whether Plato, Dante, Aristotle, Bertrand Russell, or Dewey. Let us consider John Milton, the author of the great epic poem Paradise Lost. Many who find his theological position in this poem distasteful may reject it outright. Milton in this poem took upon an interpretation of Genesis 2, the narrative of the Fall of Man, and the entrance of evil wickedness and sin into the world. It is obvious after the many genocides of the past centuries—including the Chinese revolution, the Russian revolution, Pol Pot, the Armenian genocide, Darfur, the Holocaust, Bosnia, and the current Christian genocide in the Middle East—that the Genesis account and John Milton in his great epic poem set about to account for a broken, twisted, and malformed human nature which the secular society explains by genetics and poverty and environment.

Albert Einstein has much to say of value of the work of the past on whose shoulders we stand, whether Dante, Plato, Aristotle, or others. In this book, he wrote an essay entitled “On Classic Literature.” He said, “Somebody who reads only newspapers and at best the books of contemporary authors looks to me like an extremely nearsighted person who scorns eyeglasses. He is completely dependent on the prejudices and fashions of his times, since he never gets to see or hear anything else. And what a person thinks on his own without being stimulated by the thoughts and experiences of other people is even in the best case rather paltry and monotonous. There are only a few enlightened people with a lucid mind and style and with good taste within a century. What has been preserved of their work belongs among the most precious possessions of mankind. Nothing is more needed than to overcome the modernist’s snobbishness.”

Let me end this essay with an attempt to grasp and understand the constant use of the word diversity. The media and our political leaders constantly repeat and make use of and recommend this word, whatever it means to us. If what is meant is that any sort of racial and national origin and sex prejudice is to be condemned and is to be opposed, that is to the good. Our society should and cannot tolerate any sort of racism and should seek to bring about a society where there is peace and harmony for all groups and cultures in our country. If that is the meaning and use of the word, I have no issue in its usage. I question whether a country should be built on the concept of diversity, which can lead to great dissension and conflicts. Possibly a society built on common backgrounds, ideals and not differences, but unity is the better goal. We are a country, not a church or the salvation army.