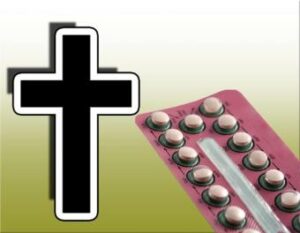 “A Few Words about the Catholic Church and the Sisterhood,” by Andrew J. Schatkin

Some time ago, I read two OpEd pieces in the New York Times Sunday Review of April 29, 2012. This was a while ago but I think these pieces worth talking about. One was authored by Maureen Dowd and the other by Nicholas Kristoff. Both of these writers expressed disagreement with the Vatican’s and Pope Benedict’s taking issue with the Leadership Conference of Women Religious, the main association of American Catholic nuns. I will consider the essay of Ms. Dowd first.

Ms. Dowd notes nuns’ passion for social advocacy for the poor and points out the recent sexual abuse scandal in connection with catholic priests. Ms. Dowd takes the position in the essay that the Vatican is somehow persecuting the sisterhood because their position on social issues is not adhering to the total dogmatic and Christian position. Ms. Dowd says that the church is going after the women who are the heart and soul of parishes, schools, and hospitals. Ms. Dowd states that the Vatican attacks the nuns position on contraception for religious hospitals and notes that the Vatican has accused the nuns of pushing radical feminist themes with respect to the ordination of women as priests; of taking a pro-abortion stance, as well as taking a positive stance with respect to contraception and homosexual relations.

Ms. Dowd states that the nuns have a right to express dissenting views on these issues and are entitled to have opinions and engage in dialog. Ms. Dowd, I think, is mistaken in her thinking.
The position taken by the nuns in favor of the ordination of women as priests may be a somewhat popular political opinion, as is the position of approving consenting homosexual relationships. These are popular political themes. What Ms. Dowd fails to grasp is that the Christian church and the Catholic Church does not operate on a politically correct basis. The Church’s position against the ordination of women as priests is not a position suggesting or adhering to some form of discrimination against women. The role of a priest in the Roman Catholic Church is to conduct a sacrifice in the person of Christ. In short, the Roman Catholic priesthood is the successor of the Jewish Levitical priesthood. There is a doctrinal and religious issue whether one can have a priestess. For want of a better word, women cannot conduct this sacrifice since this would suggest some sort of sexual connection. Thus the Vatican’s position opposing the ordination of women in the Catholic priesthood is not a position intended to denigrate the female sex but to recognize the sacramental and sacerdotal role of the priest who stands in the stead of Christ and reenacts that sacrifice.

As well the position of the church opposing abortion and active homosexual relationships again is not an attempt to discriminate against women or homosexuals on some sort of political basis. Better put, the church is not the world nor is the church the House of Representatives. The Church’s position against abortion has as its basis the value of all human life or, put more exactly, the recognition that every person that has ever lived, or will ever live, were the persons who Christ died for 2,000 years ago. The abortion issue does not have to do with women or their political rights but with the dogmatic position of the church. Obviously, here is the same thinking and conclusion with respect to contraception. I am sure that neither Pope Benedict nor the catholic hierarchy have any ill will or hatred toward homosexuals or women. The Church takes the position that active homosexuality is some level of moral wrong and in that respect follows the biblical teaching in both the Hebrew Bible and the New Testament. Homosexuals, as everyone, will always be welcome in the church with open arms, but the church aligns its position with the biblical teaching in this respect. Ms. Dowd therefore is mistaken in her thinking as are the sisters. The move for social justice issues and concern for the poor is good in every way but is not the entire dogmatic and moral Christian structure. In short, Ms. Dowd take a very shallow, albeit a popular political position that misunderstands the nature of church doctrine and why it is and what it is.

Mr. Kristoff reaches the same conclusion. Mr. Kristoff points out the sexual misconduct of Catholic priests and points out the wonderful work of nuns with the poor. Mr. Kristoff is right but he fails to fully understand that to be a Christian is not to be selective on moral issues or to parrot current political jargon or to ignore moral doctrine that our present world and society for one reason or another is uncomfortable with. Ms. Kristoff and Ms. Dowd promote tolerance as a moral rule and ignore the fact that abortions end millions of lives, as does contraception. One can disagree with the church in these teachings but most certainly its positions must be taken into account. In fact, Ms. Dowd and Mr. Kristoff I suspect would be uncomfortable with the statement of Jesus in the Gospels that to look at a woman with lust is to commit adultery. The mistake that Ms. Dowd and Ms. Kristoff make is to conclude that the church’s intent in its criticism of the sisters is an unfair and unjust attack.

This essay is taken, with modifications and alterations, from my book “Essays on Faith, Culture, Politics, and Philosophy,” Chapter 12 pp. 30-32, pub. by the University Press of America.