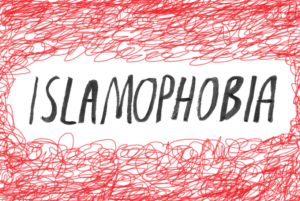 It was reported that two U. S. congressional representatives very much in the news, Rep. Rashida Tlaib and Rep Ilhan Omar, condemned those who criticized them as Islamophobic. What they meant by this I am not entirely sure but they seem to imply that any sort of criticism of them is irrational and a form a religious and racial bigotry. Let me make clear that, as a Christian, I have no hostility, hatred, or prejudice to our Muslim brothers and sisters who I know Jesus suffered and died for in an agonizing death on the cross. I did say in an essay in response to this accusation of bigotry that the source of any sort of feelings directed to our fellow Muslim citizens are verses in the Koran which I identified directed the killing of infidels, the persecution of women, and the killing of apostates. I also noted the continued attacks, most probably by a radical minority in the Muslim religious/cultural and political system in the US, Europe, Russia, and continued significant attacks on Coptic Christians in Egypt, Christians in Nigeria and Sudan, and the virtual genocide of Christians in the entire Middle East.

In that essay, I tried to explain the reason for a degree of feelings against our Muslim brethren and to explain there is no irrationality here but what is nothing more than a reasonable response that can be explained and accounted for. I now would like to follow up with more facts and information on this issue raised by our esteemed congresswomen.

David Horowitz, a somewhat conservative activist, conducted an interview of a Muslim Student Association (MSA) member in the University of California San Diego. When asked by Mr. Horowitz if she supported terrorist organizations such as Hamas, the student answered, “Are you asking to put me on a cross? If I speak I will be arrested?” When told that Hezbollah has said that it wants to gather the Jews in Israel so they do not have to shoot them individually, the MSA student stated she was for this.

I give here a paraphrase of this conversation and ask Rep. Tlaib Rep. Omar is the reaction to this naked Jewish hatred Islamophobia, or, rather, a rational cause for concern? Let us talk a bit and possibly be enlightened about the MSAs on college campuses and their true nature and purpose. The MSA was founded by members of the Muslim Brotherhood and still has significant ties to the Muslim Brotherhood. The creation of MSA came from Saudi-backed efforts to establish Islamic organizations to spread its Wahhabist ideology. The MSA receives major funding from Saudi Arabia. The MSA tells students that America is an imperialist power and Israel an oppressor nation, and regularly spews anti-Semitic statements. A police department report in 2007 described the MSA as an incubator for Islamic radicalism and that assessment was echoed by former FBI agent John Guandolo, who described the group as a recruitment tool to bring Muslims into the brotherhood. MSAs have the object of gaining power in the USA. MSA speakers justify the genocide against the Jews promoted by Hamas and Hezbollah. The MSA expressed outrage over the arrest of a south Florida Professors for directing us operations for the terrorist group Palestinian Islamic Jihad. The MSA opposed US intervention with respect to the Taliban regime. The MSA has had substantial connection with communist groups including the Marxist-Leninist Workers’ Party and the Revolutionary Communist Party front group Refuse and Resist.

Moreover, MSA members have raised money for Hamas and Hezbollah terrorists during their “Anti-Zionist Week.” In March of 2003, a guest speaker at a MSA meeting at Queensborough Community College in New York stated “the only relationship you should have with America is to topple it.”

I have presented here the tip of the iceberg, which show that the MSA chapters are not innocent student groups seeking to represent the best interests of Muslim students on college campuses, but groups seeking to undermine our system and, in many instances, are essentially terrorist groups.

I ask Rep. Tlaib and Omar, what is the response to what I have just described—cause for concern, or an irrational, emotionally- based anxiety. Perhaps Ms. Omar and Tlaib could set about to address the facts I have just presented. These facts and this report can be found in its complete form in the article, “Discover the Networks: Muslim Students Association of the US and Canada (MSA).” Please Google it for yourselves and make an informed decision about this important topic.