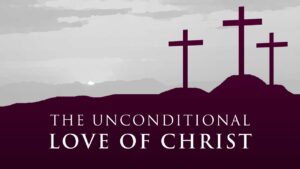 “Who I am and What I Live For,” by Andrew J. Schatkin

All of us at some point have to reach a grasp and understanding of what is ultimately important and what is or should be the goal and meaning of our short lease on life in this earth and cosmos. Let me begin this essay with a reference to a previously posted essay of mine entitled “Why I Should be Condemned.” The concepts and thinking contained in that essay it must be seen as coming from a Christian thought perspective and from the words and sayings of Christ in Holy Scripture. In particular, I analyzed and spoke of two of the sayings and thought streams of Christ. In the Parable of the Rich Man and Lazarus found in Luke 16:19-31, Jesus warns us that we risk eternal condemnation should we choose to ignore the poor man suffering and starving at our door while we feast. In the second passage in the Parable of the Last Judgment, found in Matthew 25:31-46, Jesus informs and again warns us that at the time of the Last Judgment the criteria for the judgment will be how we have treated others in our life and he gives us examples such as feeding the hungry; giving drink to the thirsty; welcoming the stranger; clothing the naked; visiting the sick; and visiting those in prison.

With this preface and indicating where my thinking about who I am and what I live for, I say the following: I have now reached the fifth decade of my life having worked for some years; I have thought, read, and occasionally loved. I now approach the question which I have just posed and one we all must ask and consider: what is the end goal of my life beyond meeting my material necessities and possibly entertaining myself? When I was very young, I lived to be smart, clever, and more knowledgeable than my contemporaries. I raised culture and intellect to the head of virtual gods. I now know that that type of thinking and those goals were entirely and absolutely erroneous. In this material culture, for many of us, the goods and goals of life are money and material goods. Moreover, it may be said that many if not most of us live our lives for and in idolization of ourselves. I add here that Jesus raised the moral ante for all of us in saying that to be angry is to murder and kill and to look at a woman with lust is to commit adultery. Not only does he raise the moral and ethical bar but he gets at the root of murder and adultery, which are anger and lust. Most men and women, I would posit, are in a continual and intense process of self-worship and self-love. In short, most of humanity is engaged in a constant and unremitting course of selfishness and self-love continually convinced of their personal greatness. As I have become aware of my mortality and limited lifespan, I reject those values and ideas as insubstantial and shallow.

I was fortunate in having had an opportunity to spend three years of my life studying the great Christian dogma, ideas, and thinkers. These particular verses of Holy Scripture define who I am and what I live for. In Revelation 3:20, Saint John states, “Behold I stand at the door and knock; if any man hear my voice and open the door, I will come into him and will sup with him and he with me.” The apostle here states in clear and succinct language that Christ stands at the door of our hearts and souls and bids us not merely to converse with him but to commune with him. Every human being is faced with the claim of Jesus Christ as he knocks at the door of their hearts and bids that he may enter into and establish a relationship with him.

The second verses of Holy Scripture that now defines who I am and what I live for are found in St. Paul’s letter to the Roman Church, chapter 8, verses 18 and 19. In those verses, St. Paul states, “For I am persuaded that neither death nor life, nor angels, nor principalities, nor power, nor things present, nor things to come, nor height , nor depth, nor any other creature, shall be able to separate me from the love of God which is in Christ Jesus our Lord.” The greatest religious thinker in the history of the world does not say that he is smarter than other people; that he is richer than other people; that he is better-looking than other people; or that he wishes to be any of those things; he states that nothing in this life seen or unseen can separate him from the love of God which he finds in Jesus Christ.

The third verse of Holy Scripture that also defines who I am is found in St. Paul’s letter to the Galatian Christian community Chapter 3, verse 28. In that Chapter and verse, St. Paul states “there is neither Jew nor Greek, there is neither male nor female; you are all one in Christ Jesus.” In one stroke of the pen, Saint Paul, the most profound religious thinker in the history of the world, eliminates race, sex, and class divisions.

Who am I and what do I live for? It is obvious that the world is very evil and very bad, run by forces of dominance, selfishness, self-aggrandizement, a maelstrom of grabbing and getting more and more power and more and more things. The world seeks to keep out the force of the eternal love and mercy or Jesus Christ which decimates those idols and forces and brings people into love with him and in love with one another. One drop of the love of Jesus Christ can change a continent or a country. The world is hungry for it, but the world system and the forces that define it and govern it seek to exclude that love.

China knocks down churches and crosses; Boko Haram rapes and kidnaps Christian school girls in Nigeria; and the Coptic church is under continual persecutions and Hamas will never stop at the destruction of the State of Israel.

Who am I now and what do I live for? I live for the undying mercy and love of Jesus Christ, which is the only hope for a broken and twisted humanity and world.