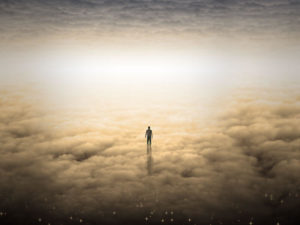 I would like to talk about two ideas or concepts in the Christian thought and system of dogma.
These are heaven and the heavens. The Apostles Creed professes that God is the creator of heaven and earth. The biblical language and the Nicene Creed’s use of the words includes the seen and unseen heaven. This means both Heaven as God’s abode and ‘the heavens,’ meaning the stars and planets, and the whole firmament surrounding and encasing the earth of man’s abode, and the planet earth and its animals, trees, plant life, fish, and the entire structure and life found on the planet earth.

The Genesis account of the creation of heaven and earth is thought to be the true account and, if you will, accounting. As much as science has tried to find life or signs of life in our other planets, none has been found. As much as science has tried searching through this immense universe, no life or signs of life have been found. This is not to say that science should cease searching for life in the many worlds and stars surrounding us, nor are scientists and astronomers compelled to enter the fields of theology and metaphysics to account for the structure of the universe. Certainly, no life, if it exists outside this earth, has succeeded on communicating with us thus far. So I find and have come to believe in the Genesis account of creation and the creation of the separate spheres of earth and the heavens above adorning our planet.

Finally, as a Christian, it could be the heavens are the abode of angels, although this is theological and philosophical speculation and cannot be confirmed one way or the other.
Scriptural support for this point of view is found in Psalm 115:16 which states that “The heavens are the Lord’s heavens but the earth he has given to the sons of men.” Again in Psalm 19:1 the Psalmist says “The heavens are telling the glory of God and the firmament proclaims his handiwork.” Finally, there is the statement in verse 34 that heaven is the throne of god and earth is his footstool.

I would now like to talk of heaven as the abode of god and the blessed and the angels. Heaven is the place where those who have lived and died in the grace and love of Christ have a communion of life and love with the angels, the blessed, Christ, the Trinity, and the Virgin Mary. To have true life is to live in communion with Christ which he has obtained for us by and through his death and resurrection. In heaven, we become one with Christ and with the blessed who are one with him. These statements about the heavens and heaven are found in the catholic catechism, Sections 1023-1026 and 325 and 326. Biblical support for heaven as the place and eternal abode of love and happiness can be found in I Cor 13:12; 1 John 3:2; Rev 22:4; Phil 1:23; John 14:3; I Thess 4:17 ;Rev 2:17; I Cor 2:9; Mt. 25, 21, 23; and Rev 22:5.

This concludes my brief analysis of the heavens and heaven as the place and abode and destination of those who have chosen to follow Christ to the moment of their death. I can only say that I hope that I will be rescued and given that chance and hope and that my sins will be forgiven and that I will not receive the condemnation I deserve.