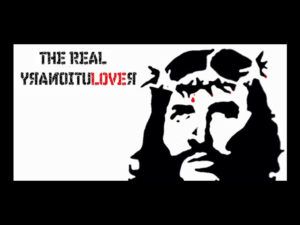 “The Radical and Revolutionary Jesus: Toward an Understanding of his Sayings,” by Andrew Schatkin

For many people, as informed by the popular culture, Jesus is the man of love and ultimate niceness who welcomes all men and women of all religious distinctions making no marks of demarcations and certainly making no judgments or criticisms.

This essay will examine certain of his sayings focusing on some sayings from the Gospel of Matthew and seek a better grasp and understanding of this man who makes a claim of divinity and says he is the sole mediator and way to God in heaven.

Let me start with two parts of the Beatitudes or the Sermon on the Mount found in Matthew, Chapter 5. Jesus says in verse 3, “Blessed are the poor in spirit, for theirs is the kingdom of heaven.” And in verse 5 he says, “Blessed are the meek, for they shall inherit heaven.” How are we to understand these sayings? They are revolutionary and radical since the world values wealth, power, looks, clothes, appearance, and the possession of material goods. Jesus, in these sayings, challenges the world and its value and seems to be saying that those with a deep sense of spiritual poverty and the humble are the truly great and in his kingdom will be judged and seen as the truly great and those who are truly worthy as persons. These statements are not the world system and in fact challenge the world to understand who is and is not truly great in the eyes of God the creator, ruler and ultimate judge of all mankind.

Another group of sayings which challenges the world and its values is found in Mathew Chapter 5, verses 13 and 14, where Jesus essentially states that Christians and those who set about to follow him are the salt of the earth and the light of the world. Again, this is a revolutionary and disturbing saying to the world, particularly in our modern politically-correct society, where we are told there is no exclusive religious thought system, and that all religions are the same and worship the same god. Our present society embraces and endorses a kind of tolerance of all thoughts and ideas as long as no one is harmed. Our society surely has a distaste and rejection of any absolute truth claims as, shall we say, political offenses. Jesus here says no and in no uncertain terms that Christianity and Christians inform the world and do so solely of the true faith. In the sayings, Jesus offers no alternative but himself and self alone. The absolute claim found in these verses is to the world annoying and irritating and is a challenge to modern political correctness.

Jesus makes another demanding statement. He says that if those who do not keep all of the laws shall be called least and he who keeps and teaches all of them shall be called great. Finally, he says, unless your righteousness exceeds that of the scribes and Pharisees, you will not enter the kingdom of heaven. Jesus makes clear how great and demanding are his requirements. Unless you keep all the laws, you cannot enter into eternal life in heaven; if you do not, you will not have that privilege. Jesus here, far from accepting all into the kingdom of heaven, tells us the standards are great (Matthew 5: 17-20).

At a later point in this chapter, Jesus says the former old law was not to kill, but he says and extends the meaning of murder saying that one who is angry with his brother shall be liable to the Judgment. Jesus here tries to look at the root cause of murder and killing, which is anger and therefore he equates anger with murder. Jesus identifies here the cause of murder, which is anger. By the same token, he says later in this chapter that you have heard that it was said you shall not commit adultery and then extends the meaning and says that everyone who looks at a woman lustfully has already committed adultery in his heart. Once again, Jesus is revealing the root cause of adultery, which is lust, and basically saying that it is just as bad as adultery. Jesus, as in his statement about anger, reveals the cause of both at its root (Matthew 5:21-31).

Another radical and revolutionary saying is found in his statement about divorce, where Jesus states that the former divorce rule involved giving his wife a certificate of divorce and then says that whoever divorces his wife except on the ground of unchastity makes her an adulteress. Here Jesus makes the ground of divorce difficult and, in essence, prohibits divorce and thereby seeks to raise the status of women who at that time had little or no recourse when cast off from their husband and literally were put on the street with no means to survive. Here the wife is given the means to survive she sorely needed and was not at the total mercy of her husband (Matthew 5:31-32). Later, Jesus extends the rule not to swear falsely to not to swear at all. Jesus, far from making it easy for all and offering love and tolerance to all, here continually is making the law harder and harder and more and more demanding (Matthew 5:33-37).

The final saying I will talk about, which is even more disturbing and difficult, is where Jesus says that it was formerly said, “an eye for an eye and a tooth for a tooth.” Jesus again makes it even more difficult and more demanding and revolutionary when he says do not resist one who is evil. Again, this is a great demand on our human nature.

As one can see from my examination of these sayings, Jesus is constantly challenging us, challenging our assumptions, and, far from being the modern tolerance nice guy, makes it harder for us, whether in the matter of divorce or murder, to gain his approval. And, he finally tells us to resist evil, the very natural human response, but tells us, if stricken, to turn the other cheek and love your enemies and pray for those who persecute, saying more is required than loving your neighbor (Matthew 5:38-44).

Again, these sayings reveal to us a Jesus who makes it hard for us and is far from the easygoing nice guy we would like to think he is. Jesus challenges and makes difficult, if not impossible, requirements for us to fulfill.

The sayings of Jesus, to the extent I have examined and presented, show us a person who raises all our consciousness and compels us to understand our failings and what God requires of us.