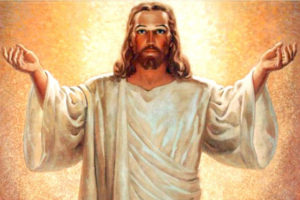 “Jesus the Litigator,” by Andrew Schatkin

I have a law degree and I also received a Master of Divinity degree from Princeton Theological Seminary in 1973. My theological studies intensified my desire to make the world a more just and equal place. My law degree gave me the means to do so. Today I see to some degree a somewhat strange and distorted and mean-spirited view of Christianity dominating the media and some sectors of our society.

Jesus of Nazareth continues to intrigue all sectors of society, all peoples, both rich and most particularly the underclass and poor. In an age that emphasizes money, materialism, outright greed, and admiration for the rich and powerful, he offers an alternative.

Jesus is an enigmatic and troubling figure. For many people in the world, he is seen as a kind of general love figure, the ultimate nice guy. After all, that is what the world wants to see in other people—niceness, tolerance, humanity, and kindness. Far from being solely concerned with being loving and nice to people, however, Jesus is the ultimate litigator. One might see him as an advocate of the underclass. Perhaps one could see Jesus as a socialist or communist, since in the gospels he seems to make a point of associating with and advocating for the poor and working class.

Jesus is the beginning point of advocating a new world system without, class, economics, race or sex divisions. Jesus is the ultimate litigator, but his litigation is for the poverty-stricken and the underclass. Jesus was himself a working man, a carpenter, and he spent his entire life with working people or even less. He himself walked about with a group of working men, one a tax collector, and some fishermen, performing miracles, and making observations to the working class for the most part. Jesus is criticized as consorting with undesirable people, or, better put, tax collectors and sinners. Perhaps today, Jesus might been seen as a labor organizer opposing the forces of government and wealth.

Jesus did not respect or admire wealth and power. Quite to the contrary, he says the poor and humble and the poor in spirit are blessed and that in future years they will be the ruling class, replacing the present oligarchs and plutocrats. Jesus approached Jerusalem as a king but rode on a donkey with a somewhat disheveled appearance before the crowds. He was tried and executed as a criminal and died beside criminals. He forgave a criminal beside him on the cross and told him on that day he would be with him in paradise. When a woman was caught in adultery and stood condemned, he forgave her and told her to go and sin no more. He tells us not to love merely people who are attractive, friendly and nice to us but to love even our enemies. Jesus stands before all the world as the advocate and litigator for the poverty-stricken of society and its fringe members. He tells the world it is wrong in the value it sets on the rich, famous, and successful and in its attachment to them. Jesus advocates and litigates for what the world sees as the bottom of society and tells the world he will raise the poor up from their poverty to the greatness that he says they deserve. Jesus litigates for a world without distinctions of class, wealth, or economic status. Jesus is the ultimate advocate for those whom the world concedes of no value and no importance for those the country clubs and mansions of the world exclude. He is the litigator for the 98% who are presently powerless before the forces of the world.

Let me add as a Christian believer and as one who adheres and seeks to understand the totality of the biblical revelation, I believe in what I have said here and am fully committed to social justice. But on the issues of my opposition to abortion which is grounded not to take innocent lives en masse, and in my moral opposition to gay marriage, at least within the church structure, I am not prepared to discard these positions. Let me add I have every love and not hostility and I abhor any sort of discrimination of any kind toward the gay community and within the civil society. But it is my understanding that within the church’s traditions, these issues are not subject to change or compromise. As a Christian, I abandon neither the church’s commitment to the poor and social justice nor to its moral stance which leaves no alternative to heterosexual marriage or leaves room for compromise on the eternal value of human life from its beginnings in conception to the point of death.

A large part of this essay is taken from my book “Essays on Faith, Culture, Politics, and Philosophy,” published by the University Press of America, which in turn was taken from April 20, 2011 issue of Counterpunch.