Our approach to this show is that all people and views should be heard.  The show is in the format of an interactive interview where hosts and guests, whatever their views or perspectives, are heard and respected.  We do not, in this show, pretend to have all the answers but we are willing to talk and most importantly, to listen. 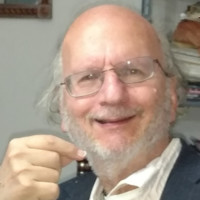 Andrew J. Schatkin is presently a business and educational consultant, writer, speaker, teacher, and founder of the Schatkin Show. He has written 2 legal treatises, Select Legal Topics, a 650-page legal treatise, and Select Legal Topics, Vol. 2. In addition, Andrew J. Schatkin has written many law review articles including a 90-page law review article in the Syracuse Law Review on criminal procedure. He has also written a number of religious/philosophical books including Essays on the Christian World View and Essays on Faith, Culture, Politics, and Philosophy. These books have been widely sold to both national and international university libraries including Harvard University, Yale University, the University of Pennsylvania, the American University in Cairo, universities in Switzerland, Germany, Qatar, and universities in Mexico, Canada, and South America. Andrew J. Schatkin recently published a fifth book called The Parables of Jesus: A Personal Commentary. A number of books are in the planning and writing stage including a book on the Psalms, a book on the miracles of Jesus, and a book on pre-trial motions and hearings in criminal law.

Andrew J. Schatkin has a JD degree from the Villanova University Law School; and M.Div. degree in Biblical and Classical languages (Greek, Latin, and Hebrew) from Princeton Theological Seminary, as well as 2 international law certificates from the Hague in the Netherlands, and Strasbourg, France. Andrew J. Schatkin is the recipient of many awards including approval for a Fulbright award; is listed in several Who’s Whos; and is listed as an international authority by the Library of Congress.
. 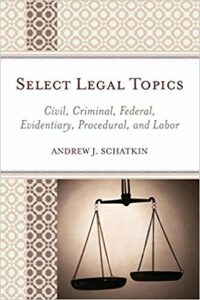 Select Legal Topics is a compendium of legal journal articles covering a wide spectrum of topics in the fields of criminal law, evidence, civil procedure, family law, labor and employment law, civil rights, tort law, and federal procedure. For example, the reprinted criminal law articles include analyses of suppression motions and the requirement that the criminal defendant be afforded a speedy trial. The section on evidence includes articles that analyze polygraph and DNA evidence. The civil procedures articles consider the requirement of filing a notice of claim when a municipality is the subject of a lawsuit, and developments in trial by jury. Articles covering family law consider artificial insemination and paternity, as well as child abuse and child negligence. The labor and employment articles include analyses of discrimination in the workplace and trial by jury. The civil rights articles mainly consider the Civil Rights Statute 42 U.S.C. Sec. 1983. The articles focusing on tort law include analyses of loss of consortium, the intentional infliction of mental distress, and baseball liability. Finally, the federal procedure articles consider eminent domain, pretrial orders, the finality requirement in federal appeals, and an analysis of rules 15 and 16 of the Federal Rules of Civil Procedure. This book will serve to inform laymen, students, lawyers, law professors, and perhaps, the judiciary, of ideas and developments in these fields of law. 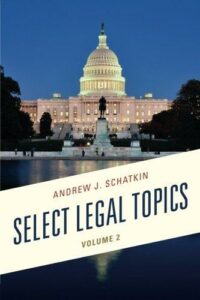 Section one analyzes mainly criminal law issues. Section two considers civil rights issues. Included in this section are such issues as the First Amendment, state action, and other more specific and exact issues in this area. Section three of the book considers various procedural issues. The book also includes a comprehensive index and table of cases. This book, to some extent, is general in character but also hones in and analyses certain legal developments in significant United States Supreme Court decisions. It will be of great benefit both to lawyers, law students, law faculty, university professors, and judges at the federal and state level.

The Parables of Jesus: A Personal Commentary 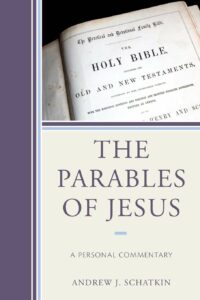 This book seeks to present to the society and to all faiths and persons in any walk of life that an interpretation of each parable where Jesus seeks to direct us and advise us, pointing from earth toward heaven. Some of the parables are warnings. The basic scope and subject of the book is to render to the reader some understanding of these stories in the New Testament.

Essays on the Christian Worldview and Others Political, Literary, and Philosophical 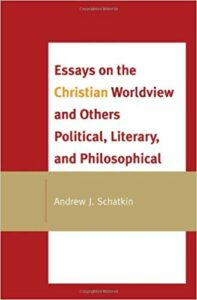 This collection of essays and thoughts covers such areas as basic Christian thought, which includes traditional family morality and a great concern for alleviating poverty and promoting social justice, political thought comparing the need for a system which includes both socialist and capitalist elements, and the need for values in our society, which has come to emphasize money, power, and greed as philosophical goals and values, though they are not. The book also has thoughts concerning literature, a consideration of what constitutes true progress, the denial in our society of any absolute moral truth, and the substitution of moral relativism as a mistaken ethical system. 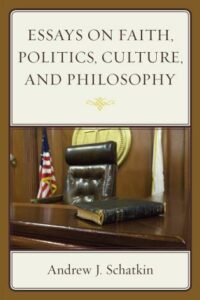 This book is a series of essays in the area of current culture and its defects, Christian religious belief, and other political and philosophical issues. A number of topics are considered in the book including he continued re-emergence of the church in African and Asia, the meaning of poverty and its implication for Christians in the life of Christ and the church, the status of women in the Church, the issue of abortion, the contrast between the visible and invisible church, and the interaction between Christ and culture. Other essays consider the role and nature of Satan, Jesus as revolutionary, and the existence of angels and demons. In addition, some essays include an analysis of the decline of the American Middle Class, the nature of American Culture, the “money culture”, and many other topics which no doubt will be of value and interest to the reader. 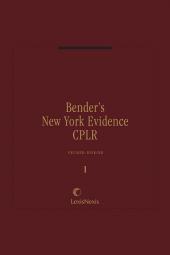 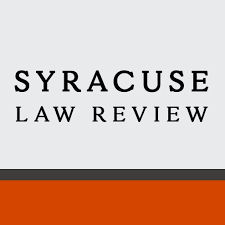 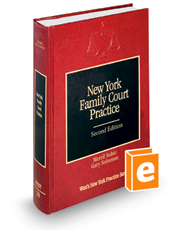 Preparing for Trial in Federal Court 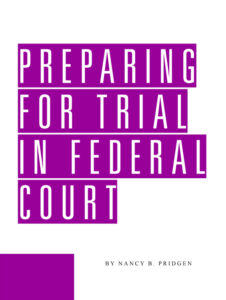 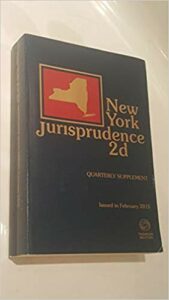