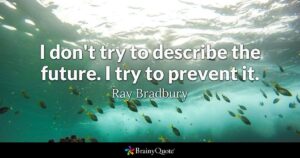 “It Can’t Happen Here… Are we Heading into a Totalitarian System, and, More about the Worldwide Persecution of Christians,” by Andrew J. Schatkin

My dear ladies and gentlemen and my fellow thinkers, readers, those of our society who choose to engage in critical thought and reject political slogans, media code words and pictures and images that convey little or nothing of value. I ask you the intellectually-incorrect to join with me in another intellectual journey and adventure to find and discovery truth amid the barrage of falsehoods and lies and propaganda that all of us are confronted with and bombarded with.

I would like to talk about two matters dear to my heart and mind: first, “it can’t happen here,” in the prophetic words of Sinclair Lewis, in his great work looking to a fascist takeover of our system, the world of Orwell’s 1984 and Animal Farm, as well as Fahrenheit 451; and, second, once again I address to the indifference of the left and mainstream media the worldwide persecution of Christians.

I speak of the possibility of dictatorial takeover of our system, whether in the form of fascism or communism, for I see our society becoming increasingly tending to mass illiteracy. In previous essays, I have attempted to explain the reasons for what is obvious to most of thinking and perceptive persons. I give you and have given the following reasons for the decline of literacy and virtual illiteracy: First, the social media and culture of emails, cell phones, computers, and television with the result that complex work in print is not being read at all but our technological culture, resulting in the lack of focus to read anything more complex than a newspaper headline or sign, at least for many people. Second, the liberal arts curriculum has been edged out of the college curriculum and been displaced by subjects such as science, business, and technology, geared to the necessity of the college student upon graduation gaining paying employment. Third American culture is a commercial and business-oriented culture with the result that the arts, literature, drama, poetry, and philosophy suffer and get no attention from our public which is focused on wealth and money. Fourth, we may be witnesses to the end of the previous western civilization with the result that classical music, literature, poetry, live drama, and philosophy have come to an historical cultural end. Fifth, our culture is an image culture of TV, computers, and quick little messages. The end result of all this is that people no longer read and no longer read the great books such as Tolstoy and Melville and William James.

Our culture is becoming if not illiterate then unconnected with print as the medium of thought. In fact, there is little or no thought exchange at all. If this is permitted to continue, our democracy is in danger. Our people, if illiterate, will be uninformed and largely incapable of making correct and thoughtful political decisions, left to be swayed by the forces of political rhetoric and propaganda. We are ripe for a system verging on dictatorship where our population entrusted to make important political decisions are illiterate, cannot read and write, and are in ignorant darkness. They can and will be easily swayed by political code words, political slogans and propaganda. I fear this may and will happen. As Sinclair Lewis spoke of in his great novel “It Can’t Happen Here,” and as George Orwell wrote of in his two great books, 1984 and Animal Farm, and as Ray Bradbury also addressed this same issue in Fahrenheit 451.

My dear friends and the parents of the future leaders, your children, beware what is occurring and what your children are being fed and take them in hand and give them the books they need to effectively functions in future years where they ability to critically think and make informed decisions will be essential.

I would like to take a look at more recent acts of Christian persecution worldwide and I owe this very important information to Alliance Defending Freedom (ADF) and Voice of the Martyrs. They report an attack on one Fazima, a Muslim who on becoming a Christian was chased by her husband and attacked with a stick for not attending the mosque; she finally fled with her children. Again, a child Mehak was burned in a church in Pakistan and in 2019. In Laos, a wooden church structure was torn down. Paul Coleman of ADF reported that Christians in Pakistan are victims of violence and faced with false and unjust accusations. They must give up their faith to obtain food and for their Christian beliefs are denied food and imprisoned and are charged with blasphemy, a charge that brings the death sentence and face prejudicial treatment.

I ask why does CNN say nothing of these continuing atrocities and deaths? Why no outcry? And why do our Muslim brothers and sisters, who I know Jesus loves and died for, say nothing and choose to defend and continue this system? I ask why the media in the United States have so little to say? I ask Oprah why your silence on the deaths and persecution of your brothers? I ask the same of the Hollywood liberals who pride themselves on their commitment to human rights… Why don’t you speak of these deaths and persecution? Finally, I ask academia, why no discussion and no outcry? Where is your love and concern for others who are dying and being persecuted? I ask for an answer my dear professors and perhaps ask you to discuss this issue on your classes with your students and I ask why does your silence continue when you have so much to say on compassion and love for illegal immigrants but none for these many Christian persecutions and deaths? Or do you prefer to gloss over the persecuted and say nothing? Please, my friends, provide me an answer from the sanctuary of your claimed ideological love of the weak and vulnerable. Let’s have some answers and some critical thoughts on these matters.