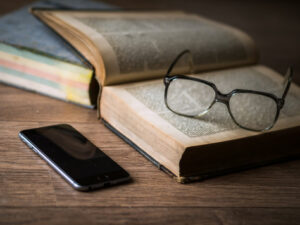 “Is the Literary and Artistic Culture Dead and Dying, and Why This May Be So,” by Andrew J. Schatkin

My dear ladies and gentlemen fellow readers, thinkers, those who choose to engage in critical thinking and reject political slogans, political code words, and media buzz words, I invite you once again to embark with me on a politically incorrect journey the end and purpose of gaining and obtaining truth and the facts wherever they may be and wherever they may be found and grasped and understood.

Today I wish to put before you the proposition and go about examining what I see as the possible death of the literary culture and then suggest some answers to this extremely unhappy and disturbing event.

For some time now, it has become that certain artistic endeavors—in particular serious classical music, poetry, live drama, philosophy, and, to some extent, the novel—have taken something of a cultural back seat to less important things. Certainly, well into the 19th and early 20th century, poetry, live drama, classical music, and philosophy were significantly culturally connected. We only have to look at the popular poets such as Browning and Tennyson; and later on T.S. Eliot; John Masefield; and Yeats, all most popular with a wide following. The same is true of live drama, such as Tennessee Williams; Arthur Miller, Clifford Odets, and Lillian Hellman. All were widely popular in their day. The same is true of classical music, which possibly had its last breadth in Stravinsky, and the light opera of Richard Rodgers and Cole Porter. Philosophy, which once had such popular figures as Williams James, Bertrand Russell, and John Dewey, are hardly part of our public culture anymore. And, finally, although the novel survives it is not on the level of Tolstoy, Hemingway and Faulkner, all popular figures

The development is clear and obvious. How are we to account for these developments? I suggest several explanations and answers. First, every civilization has its beginning, middle, and end, and I say these writers were writers, thinkers of their time and for their time. That time has come to an end in a sort of historical cycle. The age and its emphases and values have shifted and altered with an emphasis on science and technology and the visual whether TV, computers, cell phones, emails, or text messages. We are in the throes of a new civilization and no one can say what its form will be and how and what will come to be in the course of time. I can only say the older culture has ended and been exhausted and we are in the throes of a new and different civilization.

This is one explanation for the loss and absence of these art forms and the arts in general. Second, I note, and it is a matter I am deep disagreement with, that American culture is a commercial and business body and our system is very much a materialist culture connected to and significantly based on money and business. This commercial culture based on goods and money serves to deemphasize the significance and importance of the arts, books, literature, and music. Better put, our college and high school students are focused on getting jobs and earning money. Which brings me to a third reason for the apparent absence of the arts in our system. That is the liberal arts has to some extent been pushed out of the college curriculum. There are two reasons for this. First, the schools have become vocational and our young people want and need a sufficiently well-paying job upon graduation. Second there is a political movement and emphasis to not assign the older authors, such Milton and Donne, seen as white oppressors, and replace the curriculum with current, not past, politically correct authors to appeal to our multicultural society. Let me say I have no racial or cultural biases, but merely set about to get at the truth of what is going on. I entertain no prejudice to any group in our system and welcome them all, valuing writers of whatever country or race or national origin, and welcome them in the curriculum.

Finally, I offer a final word of explanation for the decline of certain artistic form in our system and society. That is social media and our culture of the quick speedy fix where the image, not print, is the primary mode of communication. Social media and the image presented and found as the primary form of knowledge propagation and communication leads to the inability to focus and the needed attention to read anything beyond the headlines in a newspaper or a sign in the street. The disappearance of these art forms stem from the inability to focus and concentrate and therefore read and focus the mind. It is not that people cannot read, which many seem to say to be the case, but they are connected with speed and image that they cannot focus. Hence, the societal disappearance of these art forms. One could say that it is technology that has spelled, in part, and the other factors I have put before you, that may be the cause and root of the demise of the arts in our culture, which were once much more a part of our civilization and are no longer. Is it a matter of the dying and slow demise of the art forms or their death until replaced by something new? I do not know and perhaps, ladies and gentlemen, you can provide an explanation.

I welcome responses and thoughts on what I have said in this essay to a.schatkin48@gmail.com. Finally, I note the materialism of our society is well seen in the novels of our great novelist Sinclair Lewis in Babbitt, Main Street, and Arrow Smith. Reading those novels reveals the foundation of materialism lying at the base of American culture.