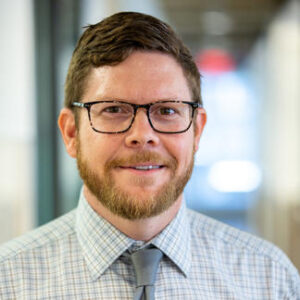 Ladies and gentlemen: My fellow readers, thinkers, discerners and those who wish to join me in an honest intellectual journey where we can all come to some semblance of truth in an attempt to grasp and understand the truth and you who in this process reject political code words, media hype, and false slogans, fads and fashions. I ask you to come with me in this politically incorrect journey to knowledge and facts.

Let me say although a Lutheran I am something of a fan and adherent of the Roman Catholic church and greatly respect this most ancient of church coming from the apostles.

I now seek to comment on a recent article by J.D. Long-Garcia, a senior editor of America: The Jesuit Review of Faith and Culture, dated April 27, 2020 entitled, “CoVid19 stimulus plan offers little help to undocumented people.” I note first that the use of the term ‘undocumented’ is false and misleading when the true reality these so-called immigrants are here illegally and in gross and brazen violation of the law knowing having done so when proper legal avenues were and are fully available. The article presents a picture of a suffering family who lost their income completely due to stay at home measures put in place due to the virus threat. The author points out the suffering of immigrant communities These are not immigrants, but persons who have come here in an act of dishonest manipulation illegally choosing to proceed in violation of the law and, in this brazen act of falsity and illegality, proceed to use abuse our medical system, employment system, and educational system and in their illegal entry obtain some sort of right to have their children become citizens. The author refers to these law breakers as ‘undocumented immigrants,’ but I choose not to be fooled. I say to Mr. Garcia that that those who have come here legally and obeyed the rules deserve our love and compassion and not those who come here abusing our system in an attempt to befuddle and fool with the code words of love and compassion when the issue is not compassion but enforcing our rule of law which our citizens must and do obey. Those who choose lying and law violation must suffer the consequences. If I do not pay my taxes, I must suffer the consequences and it is no too much to ask that those who wish to come to this country obey the rules and processes in place.

The author says the so-called undocumented cannot get help they came here knowingly having come here illegally and now demand help which they know they do not deserve. I am a Christian and fully believe in the commands of Christ to love our neighbors and aid he sick and disabled, but I cannot and refuse to engage in thinking which is intellectually dishonest.

There are too many of our legal citizens who are now suffering who are our first and foremost concern and our facilities are not for those having manipulated our system to illegally come here now cry help and compassion. In short, to engage in this sort of false, fake, and what is not to be termed at best as politically correct politics which does not hold intellectual water by any stretch of the imagination

My friends and readers, I leave you with these few added words and thoughts: Mr. Garcia has much to say urges our concern for the undocumented, or, rather put, correctly and truthfully those who enter this country on an illegal basis and manipulate our system on this basis, claiming not only the right to be here at all but to use and make use of our resources. I ask Mr. Garcia to exercise his compassion and concern for this Christian martyr in Africa, Pastor Jean-Paul Sankaguil who planted a church in a Muslim neighborhood outside Bangui, the capital of the Central African Republic in 1995. He had good relations with his Muslim neighbors for years and I, too, have nothing but the love of Christ for my Muslim brothers and sisters. Then civil war broke out. Most of the church members fled as hostility increased toward Christians. The Pastor’s wife urged him to leave the area and work in a safer space. On Feb. 7, 2017, Islamists shot pastor Jean Paul to death outside his church before looting and burning his house and church. Mary, his wife, said they killed her husband because the community no longer wanted Christians in the area. The pastor had been married 48 years had 11 children, and 17 grandchildren and Mary had no choice but to leave the area. Five other evangelical pastors in the region also were killed in the first five weeks of 2017. This pastor knew the risks and chose to remain and be a witness to Christ.

I entertain no prejudice to my Muslim brothers and sisters in Christ but put before Mr. Garcia the proposition that perhaps his concern should be directed to these Christian martyrs than to those have the boldness to claim compassion and our concern when they have deliberately violated the law cleverly used our system to gain citizenship for their children and then while our legal citizens are suffering.