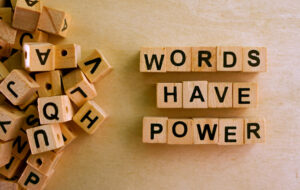 Ladies and gentlemen: My fellow readers, thinkers; fellow discerners and those of you who no longer wish to skate on the intellectual surface, but choose to join with me to delve deeply to seek and find the truth and the facts I, ask you all to walk with me on another intellectual journey to find facts and truth in some semblance and form.

I wish to talk about some political code words. They are the words ‘populism,’ as associated with President Trump; ‘white nationalism,’ as associated with President Trump’s alleged ‘nativism’; and, finally, ‘Make America Christian Again’ by voting for Donald Trump. I wish to get at the possible root of the use of these words which are in my view no more than slanders, or more mildly put, conclusions and more bluntly, put outright fictions.

The source of these accusations and what may be termed in their thrust and thinking is the victory of Donald Trump in the last election. These words are used along with the use of the word ‘Islamophobia’ to explain by the ideological left the loss of this election. Initially the left explained this loss to Donald trump by saying only rural voters, voters from the rust belt, factory workers, high school graduates, and southern whites voted for the president. Since there was a secret ballot, there was no evidence for these conclusions, founded in the sense of superiority of east and west coast wealthy, well-educated sophiscates who could not understand power in our democratic system being handed over those termed ‘deplorables’ by Mrs. Clinton.

Since, again, there was a secret ballot, the basis of these obvious speculations is a method first of targeting the president with racial prejudice by identifying him with the white racial groups in our society, a position without a factual basis at all. In this way, his election is explained away as aberrant and the product of racism, when I know for a fact many black, Latinos Caribbean Americans avidly support the president. It is most unlikely that only, for want of better word, ‘lower middle class’ whites voted tor Donald Trump. There are not enough of them to account the over sixty million votes he received. The same lies true in the use of the slander that these sixty million odd voters voted on this rather massive basis to make and keep America Christian. As a Christian, I know this not to be true and there is no evidence that this motivated believing Christians at all, who if Christians, take the position that Jesus died for all humanity Muslims, Hindus, atheists, and agnostics.

Finally, there is even the more dangerous and blatant use of the term ‘populism’ to explain the victory of the president in the last election. If by ‘populism,’ the left means the democratic process and that our system is a system of political equality where our elected officials and rulers are elected on the basis of the majority of the voters, I find no reasons to object to identifying the president with our voting citizens who our society entrusts with the government and who shall rule and run it, as these officials are accountable at all times to the voting electorate. If the left has a problem with this system of so-called populism, then I part ways with what an outright objection to the democratic process on which this country was founded and still functions. You who object to populism, or the rule of the people, should perhaps take a taste of Putin in Russia or the theocratic system in Pakistan, or a taste of living in Afghanistan.

Finally, a word about the use of the word Islamophobia. Let me make clear that I detest any sort of prejudice or hostility directed to our Muslim brothers and sisters, who I know Jesus died for as he died to rescue all humanity. I oppose any sort of discrimination or hate directed to any racial group in our society and I know most of our Muslim brothers and sisters to be law-abiding and hardworking family men and women. However, Islamophobia is the wrong word and incorrect word. It is a sad but true fact that many acts of violence come from a cultural/religious/political minority in the Muslim world, whether directed against for some time the Jewish state of Israel; Nigerian Christian; the present Christian genocide in the Middle East; attacks on the Coptic church in Egypt; Christians in the Sudan; or a series of attacks in the USA and Europe. These attacks cannot be evaded and ignored, and so whatever feelings directed to our Muslim citizens stem not from an irrational fear, but from a real fear that has a factual basis. Do I say all Muslims engage in these attacks? No, only a small minority do, but the problem of this fear has a real basis and is not a irrational phobia.

This ends my analysis of these political code words. I make these statements and conclusions to engage in intellectual honesty and an honest analysis and discernment and so eschew the politics others seem to espouse.

Ladies and gentlemen, let me add to the ending of this essay that these what I termed ‘political code words’ came from my looking the site academia with its abstracts and dissertation summaries. I welcome comments and thoughts. Please feel free to email me at a.schatkin48@gmail.com.