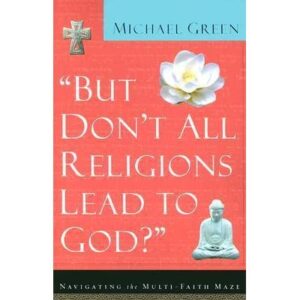 Ladies and gentlemen I wish to analyze and examine in this article some confusing words of perhaps political correctness, and rhetoric whose true meaning must be found, sought, and examined with care, to arrive at their underlying meaning and so the assumptions behind them care be not only unearthed but intellectually demolished. The three political code words and, so to speak, politically correct words are: 1. diversity 2. immigrants and 3. “It doesn’t matter what you believe as long as you sincere.”

Let us look at the use by certain elements of our society of the word ‘diversity.’ This word has been bandied about as what we should all aim at and endorse and has been literally been screamed at the American people for some years with the underlying assumption that we must have it and our society must be reconstructed in this respect and this direction for some sort of ideal world and national if not international order. Let me make clear that as a Christian I entertain no race and national original prejudice for whom Christ, God’s only begotten son, laid down his life for all humanity regardless of race, sex or national origin. I differ in what appears to some sort of policy and program in the use of this. The assumption that diversity is our national goal is something about which I have significant doubt and perhaps suggest that diversity is not the proper goal but national unity and bringing all world’s people can and does result is dissension and friction in our society. Our country is not operable on what seems to be some sort of moral imperative, however laudable, about eradicating race and national origin prejudice. That may be a moral, ethical, and possibly religious goal, but country is best led with the goal of unity. Diversity may be morally good, but it is hardly the basis of an effective functioning society as is seen in the present Christian genocide in the Middle East, the attacks on Christians in China and in Egypt and the Sudan. I suggest here that the progenitors of this political rhetoric examine their thinking and cast of the political rhetoric assumption the use of this word and its constant use and imposition lead us astray in our thinking.

The second word the left appears to use if not misuse is the word ‘immigrant.’ This word is incorrectly used with respect to both legal and illegal immigrants. The other day I had a conversation with a most estimable young man in front of the Bayside LIRR station in Queens who was seeking to register Democratic voters and I had the unfortunate task to inform him that I was a Republican. I then asked him how the Democrats could endorse open borders with the result of admitting illegal entrants and he said this nation was a nation of immigrants. The discussion ended with my response that we cannot have a nation admitting people to come and settle here on a violation of law basis. This young man was confused in the use of the word ‘immigration,’ believing that someone one who comes and stays here in violation of law is in immigrant when they are in some sense manipulative law violators seeking to fool us all in what is in some sense a criminal act and nothing more or less. I take of another conversation in which a woman said that it was rude of me to call the undocumented ‘illegal.’ When someone is violating the law and using our resources medical, employment, and educational systems, it is not I who am rude in what is the proper and truthful terminology, but the person who is lying and violating the law. Our citizens deserve our help and resources and I remind the proponents of this sort of thinking that that the cemeteries of Europe and the beaches of the Pacific are littered with the young men who voluntarily gave up their lives for our freedom and I find no sympathy when legal avenues are available to come here that those who choose illegality deserve any consideration at all in the face of the deceased I have just mentioned, who suffered and died for us all. I do not endorse here racism and prejudice, but look what is true and the product of intellectually honest thinking. I choose not to be fooled and misled by what is nothing more than bald faced lies.

Finally, I make comment on another political code word/expression, and perhaps politically correct, but what in fact misleads and fools. Many people will say: ‘It doesn’t matter what you believe as long as you as you are sincere.’ This phrase is often used when religion is discussed. Obviously, this and the use of this phrase is no true. Hitler may have been sincere, but he was terribly evil and wrong. Galileo showed the sun did not revolve around the earth. The belief which Galileo showed to be incorrect was no doubt sincerely held. Very often the use of this term is connected with religion. Whatever one may say that the issue is, what you say or believe may be sincerely held but fails in its truth and meaning. To say that Jesus was merely a good man and good teacher may be sincerely held belief, but it is not his claim of divinity, his works of miracles, and his resurrection. One can be sincerely one way or the other, but sincerity means and accomplishes nothing in thought and discernment.

I am indebted to the book “But Don’t All Religions Lead to God?” by Michael Green, published by Baker Books in 2002.