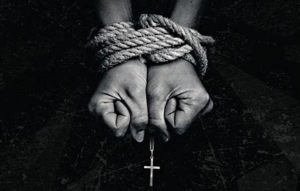 “The Continued Worldwide Persecution of Christians and the Christian Thought System and Worldview,” by Andrew J. Schatkin

My dear friends, thinkers, the politically incorrect, and those willing to discern and engage in honest discourse. In the past weeks, if not months, I have addressed and written on the worldwide persecution of Christians with a virtual genocide in the Middle East, continuous attacks on the Coptic church in Egypt, and rapes, murders and beheadings in Nigeria. These particular attacks have been traced to Islamic fundamentalism or radicalism. Let me make clear that I have nothing but love and concern for my Muslim brothers and sisters in Christ and well know these attacks emanate from a minority with in the religious, political, and cultural systems in certain Muslim countries, but not all by any means. It is noteworthy that the most populous Muslim countries were omitted from the President’s travel ban including Egypt and Indonesia and Saudi Arabia and Pakistan. Moreover, the church has been under severe attack and persecution in China where churches are bulldozed, crosses are torn off buildings, and pastors arrested and imprisoned.

I now wish to take a further and closer look at the worldwide persecution of the church. Every day 7,000 girls are aborted in India. A million others fight discrimination and oppression. The Christian faith sees women as created with the equal image of god along with men, as stated in Genesis chapter 1. St. Paul states in his letter to the Galatians that there is neither male nor female, but all are one in Christ (Gal chapter 3 verse 29). It is noteworthy and most disturbing and puzzling that my dear radical feminist friends make no mention of these horrors imposed and forced on women in both Islam and in Hindu India. One could call what I have just mentioned ‘the case of the vanishing girls.’ I say and emphasize that the Christian opposition to abortion is an affirmation of life itself male and female equally and it is truism that non-Christian countries have no issue with abortion as is quite obvious. My dear lady and feminist friends, do take a closer honest look at your promotion of abortion in light of what I have revealed and set forth here.

Let us take another example of the continued persecution of Christians and the Christian faith and of Christian believers. Recently, over 20 Hindu extremists in in southern India have beaten a group of Christian children who had gathered to worship and, once they had finished attacking the children the, assailants went to a police station to file false charges against the children. A lawyer connected with Alliance Defending Freedom was able to ensure the young Christians were not charged.

Another case and example, this time in Finland. There is the case of Päivi Räsänen. Ms. Räsänen is a trained medical doctor and a member of the Finnish parliament for the past 25 years. In the summer of 2019, the Evangelical Lutheran Church of Finland announced it would become an official partner of Pride 2019. Ms. Räsänen, an active member of her church, shared a post on social media showing the image of a bible passage and questioning the church’s partnership with Pride in light of the official church teaching on marriage and sexuality This triggered a police investigation and suspected of ethnic agitation under Finland’s hate speech law. She was questioned for four hours by the police and her case is ongoing and has faced a second police interrogation this week for a short booklet she was asked to do for a church foundation that explains the church’s teaching on marriage and sexuality. This pamphlet was written 7 years before the law that she is being charged with was passed. The police had already investigated the pamphlet and found no crime had been committed, yet Finland’s prosecution general demanded the case be reopened and explained that historical books such as the bible are free to be read but believing their content could lead to a criminal investigation. This individual could face up to two years in prison. It is quite clear that this grandmother of six and a member of the Finnish parliament since 1995 is facing two criminal investigations for taking the position of her church on marriage and sexuality. Here is a gross example of anti-Christian prejudice and outright persecution for the Christian world view on marriage and sexuality. This woman took an intellectual position and her thinking involved no violence and no hate, yet she is being singled out and treated as a virtual criminal. I support the case of Dr. Rasanen and if she needs intellectual and personal help, I am available.

The situation of the church in Russia is most difficult and there is continuous persecution. In April of 2019, the Russian authorities interrupted the Sunday service of a Baptist community in Verhnebakansky and accused the community of using a residential property for worship Under Russian law. This is perfectly legal and the law states the use of premises provided by a member is the only lawful way a religious group can meet. Vitaliy Bak, the leader of the group, seeks the right to practice his faith freely. Freedom of religion is guaranteed by the Russian constitution, as well as by the European Convention of Human Rights. In July, the authorities returned to seal of a large part of his house preventing any use. Many Christian denominations in Russia are prosecuted for unlawful missionary activity; places of worship and private homes are raided and anti-extremism laws are used to ban religious texts. Under Russian law, communities with the status of a religious group cannot own property and must meet in residential buildings. This Baptist community faced a lawsuit to ban religious activities in the building owned by Pastor Bak; they won at first but lost 3 appeals and the security service of the Russian federation came with the local police and sealed a large part of the house.

I have detailed here the kind of persecution that Christian churches and believers throughout the world endure. One must ask what is it about Christianity that provokes this action and these constant attacks. I only say that the church is a threat in that Christianity is the true faith and is a significant challenge in its tenets to the totalitarian regimes that dominate much of the world. There is no more radical saying than ‘the poor are blessed’ and the accusation and criticism of Christ, ‘who is this man that eats with publicans and sinners?’ These sayings, if they come to be known, represent freedom and valuation for the poor and downtrodden of the world that the world seeks to keep in bondage. And so Christianity for most of the world cannot be tolerated by the corrupt power structures that dictate to their people and keep as much as possible as many people in chains at the bottom level of society as possible. As they say, know the truth and the truth will in fact make you free.

A final narration and example of persecution… In March of 2020, the Supreme court of the United Kingdom announced it will not hear the case of Alina Dulgheriu, who had challenged a public spaces protection order around an abortion facility in the London borough of Ealing. Introduced in April of 2018, the order criminalizes activities, including silent prayer and offers of help. This young mother had received help from a banned group and argued the order violated her fundamental rights to freedom of speech and assembly. The supreme court has denied her appeal. Alina, a local mother, challenged this order at the high court shortly after it came into force. She felt she was able to give birth to her daughter after receiving support outside of an abortion facility The high court found the censorship zone impacted fundamental rights, but ultimately decided the protection order was justified and ordered Alina to pay Ealing’s legal costs. The court of appeals dismissed the appeal as did the supreme court. Ms. Alina stated her little girl was here today because of the support she received outside the abortion facility. This client is now considering bringing her case to the European Court of Human Rights in Strasbourg.

Once again, why is prolife speech fenced off, not made available to mothers who are supported and aided to become mothers and give birth? Why the law outlawing the prolife Christian position? In short, why the strangulation of Christian belief? Again, why the persecution of what cannot be more vital significant and pressing than the human innocent life that is capable of so much we cannot know?

I have given facts about the ongoing persecution of Christians throughout the world. I ask why does the mainstream media decline to address this issue? why do our office holders, except for President Trump, say nothing? Why does the compassionate left, who have so compassion and concern for persons illegally here, remain silent? Perhaps they prefer to walk over the bodies of the persecuted rather than binding their wounds. My dear friends and thinkers and those who reject the worn out formulas and political code words, consider what I say here and aid and help the persecuted, and please abandon your shallow political soundbites and look at the horrors and the reality of truth of what is happening.

NOTE: This essay is largely reprinted from ideas, concepts and much of its actual language from articles on the web page of Alliance Defending Freedom (ADF). I owe ADF a great debt for revealing what is occurring to Christians throughout the world.