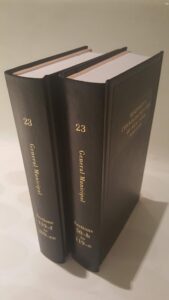 “Filing a Late Notice of Claim in NY State: An Analysis,” by Andrew J. Schatkin

My dear readers, thinkers, intellectually aware and politically incorrect, I submit for your thoughts and consideration and perception this essay on filing a late notice of claim. This essay considers a legal issue and I hope it will be useful for lawyers, judges, law students, and the general public. Sec. 50-e(5) of the general municipal law of New York State defines the criteria and basis for filing the notice of claim as a condition precedent for the commencement of an action sounding in tort against a municipality. In general, the notice of claim for a tort action to be preserved, maintained, and properly commenced against a municipality in this state must be filed within 90 days of the occurrence lest the right to sue be lost. Sub. 5 of the statute provides the mechanism, criteria, and basis whereby a motion to file a late notice of claim against a municipality may be granted and the late notice filed. Sub 5 of the general municipal law provides that upon application the court in its discretion may extend the time to serve the notice of claim beyond the ninety days after the claim arises and the trial court shall consider in particular whether the public corporation its attorney or insurance carrier acquired actual knowledge of the essential facts constituting the claim within the time specified in Sub. 1 or within a reasonable time thereafter. The statute also states that the court shall also consider all other relevant facts and circumstances including whether the claimant was an infant, or mentally or physically disabled or died before the time limited tor service of the claim, whether the claimant failed to serve the notice of claim by reason of his justifiable reliance upon settlement representations made by an authorized representative of the corporation or its insurance carrier, whether claimant, in serving a notice of claim, made an excusable error concerning the identity of the public corporation against which the claim should be asserted; or whether the delay in serving the notice of claim subsequently prejudiced the public corporation in maintaining its defense on the merits.

Considerable case law exists concerning the interpretation and construction of the listed factors and criteria set forth in GML Sec. 50-e(5) is determinative of whether an application by a plaintiff against a public corporation may be permitted by the trial court to file a late notice of claim. This article and essay will consider most particularly what in fact has been held by the courts of this state to constitute actual knowledge by the public corporation, its attorney, or its insurance carrier of the essential facts concerning the claim, thereby providing the specific basis for the court to permit the plaintiff to file a late notice of claim.
The leading appellate court decision on this issue is Hayden v. Village of Hempstead. In Hayden, appeal was taken from an order of the Supreme Court of Nassau County, denying his application for leave to file a late notice of claim against the village of Hempstead. The appellate division held that the special term erred when it found that the village of Hempstead did not have actual knowledge of the essential facts concerning the petitioner’s claims. The court reasoned, first, that the village clerk as one of the alleged tortfeasors acquired actual knowledge of the essential facts constituting the intentional torts alleged committed by him and the individual respondents within the statutory ninety day period noting incidentally that the village clerk is a person designated by law to accept service of a notice of claim on the village. Second, the court noted that the village conducted an investigation of the facts surrounding the petitioner’s tort claim within three months after expiration of the statutory period for serving a notice of claim had expired, thus negating any prejudice that might have accrued to the municipality as a result of the delay. Under Hayden, the law is clear. If a proper official of the municipality has received actual notice of the claim within the statutorily prescribed period and no prejudice can be shown leave to file a late notice claim will be sustained.

Actual knowledge of the claim may be obtained under the law from a variety of sources. Thus, for example, in Cicio v City of New York, the second department held that on appeal by the city of New York from an order which granted the petitioner’s application for leave to serve a late notice of claim the court held that affirmance was called for since first the delay was minimal; second, the city neither suffered nor claimed prejudice; and, third, and most importantly, the city obtained actual knowledge within the ninety day period through the filing of an accident report.

In addition to an accident report, a second source of actual notice is where some officers of agents of the municipality obtain actual knowledge of the essential facts constituting the claim within the ninety-day period. Under this factual scenario, in general, the courts of this state will justify the filing of a late notice of claim provided that it can be shown that no prejudice will result.

Thus in Mestel v. Board of Education of the City of Yonkers, the appellate division, second department, held that leave to file a late notice of claim was granted to the plaintiff where two supervising employees of the city were present and assisted the plaintiff so that it was clear that the defendant had actual notice of the essential facts constituting the claim and had not been substantially prejudiced maintaining its defense. One final point should be noted. It is matter of some surprise but it is nevertheless the law that knowledge of a public officer or officers of a police department cannot be considered actual knowledge of the municipal corporation regarding the essential facts of a claim.

Nevertheless it is equally significant and true that although knowledge of individual police officers is not held to be knowledge to be imparted to the public corporation, the fourth department stated in Cooper v. City of Rochester that if a municipal chief of police has timely acquired knowledge of the facts constituting the claim against the municipality, this could constitute actual knowledge to be imputed to the municipality and the claimant would be entitled to file a notice of claim.

It is hoped that this brief review of the relevant case law concerning actual knowledge provision of GML Sec. 50-e(5) will constitute some guide to the plaintiff’s practitioner confronted with a late filing problem and will point the way to successfully filing a late notice of claim thereby permitting ultimately the plaintiff to be made whole and obtain redress for his bodily or emotional loss.

This essay is taken, with changes and alternations, from my book Select Legal Topics, pub. 2011 by University of America Press, pp. 392-394. Citations and references can be found on p. 409 of this text.