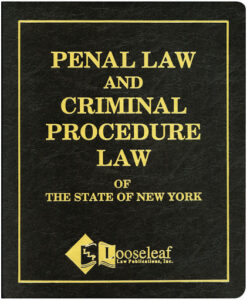 My dear readers, thinkers, the politically incorrect, and those of you who wish to join with other involved citizens in getting beyond the shallow surface that seems to govern the shallow thinking of many sectors of our society… Perhaps the issue could be defined are we to be beaten into submission by political code words and the media propaganda serving to mislead and manipulate us? Or are we as concerned citizens prepared to take charge not with the internet but with thinkers of the caliber of Bertrand Russell, William James, and John Stuart Mill?

Today my fellow intellectual discerners and politically incorrect readers, I want to talk about sentencing in the law of where I live, the state of New York.

After a plea is taken in a criminal case or after a conviction following trial if the defendant is out on bail or released on his own recognizance, there is always the danger, despite requisite warnings to return having been given by the court, that the defendant will not return to court on the date of sentencing and, having failed to appear in court on the date of sentencing, that a warrant will be issued for his arrest.

If the defendant is returned to court on the outstanding warrant whether voluntarily or involuntarily, defense counsel and his client are faced with the possibility of the sentence, whether promised after the plea or after conviction being substantially increased.

It is true that a presentence report can be submitted by defense counsel in mitigation of the sentence pursuant to CPL Sec. 390. The question arises, however, and it is the subject of this article, whether anything can be done in mitigation of this negative scenario.

The answer is contained is Sec. 380.30 of the criminal procedure law and the cases construing it. The section states in subsection 1 that, in general, the sentence must be pronounced without unreasonable delay. The leading case interpreting this section is People v. Drake. In Drake, the defendant was convicted in the supreme court of Albany County of grand larceny in the third degree and appealed. The facts were that the defendant was employed as a supervisor for the New York State Department of Taxation and Finance and in May of 1976 was called for jury duty at a term of the Albany County Court. The prosecution claimed that the defendant stole portions of two salary checks by presenting a false timecard which indicated that he was on jury duty on specified days when in fact he was not. Following a jury trial, the defendant was found guilty of grand larceny in the third degree. He was finally sentenced 39 months later—quite a lengthy time to wait.

The defendant contended on appeal that the judgment must be vacated and the indictment dismissed because of the court’s unreasonable delay in sentencing him. Citing, in particular, People ex. Rel. Harty and other pertinent case law, the court of appeals reversed and remanded to the trial court for a hearing to determine whether the unreasonable delay was excusable. The court held that once a person has been criminally charged and prosecuted, a burden rests on the prosecutor and the court to conclude the proceeding with reasonable promptness and that the failure to do so may result in loss of jurisdiction. The court stated that it is no excuse that the delay may have been occasioned by extended pleas for leniency and held that the delay of 39 months in this case was unreasonable with nothing to excuse it and that the indictment must be dismissed. The court fashioned a rule that whether dismissal is warranted depends upon the length of the delay and reasons for it and that generally where the delay is long and unexplained that the court will hold it unreasonable. Conversely, where the delay is not protracted and plausible reasons are offered to explain the delay, it will not be held to be unreasonable. The court went on to state that where there has been an extended delay and there are plausible reasons for it the various factors must be balanced. The court then stated that the NY rule assumes the defendant to have been prejudiced by the unreasonable delay; that he need not prove it; that he is not required to take affirmative measures and demand that the court sentence him; and that the burden rests on the state and its agents. The court of appeals concluded that the delay of 39 months was unreasonable and as unexcused result in the loss of jurisdiction requiring dismissal of the indictment.

Similarly, People ex. Rel. Harty cited in Drake as controlling the court of appeals held that the trial court had lost its jurisdiction where the sentence for robbery was delayed for six years after the entry of a guilty plea; the matter was earlier called to the attention of the prosecutor; and the people and the sentence was therefore void and the defendant was therefore entitled to a writ of habeas corpus. See also People ex. rel. Acurso and McMann and People v. Valdes.

It is clear that under the foregoing analysis of the case law that where for one reason or another there is in fact a delay in sentencing due to the defendant having warranted or for some other reason that all is not lost for the defense. Under Drake, the controlling court of appeals decision and the cases following it under sec 380.30 of the criminal procedure law have said that the defendant is entitled to a prompt sentencing after conviction and, depending upon the length of the delay and the reasons for it, the court upon motion of the defense under CPL Sec. 380.30 may lose jurisdiction and obtain that the indictment will dismissed. It is the responsibility of the state to sentence the defendant and an extended delay without excuse may under this rule of law result in dismissal of the indictment.

Thus where the defendant has warranted at the time of sentencing applying the rule of law enunciated in Drake and Harty, defense counsel may nevertheless salvage an otherwise apparently impossible scenario and, so to speak, obtain victory from the jaws of defeat by making a Drake motion possibly obtaining dismissal of the indictment.

This essay is taken with alterations and modifications from my book entitled Select Legal Topics, pub. by the University Press of America, 2011, pp. 160 and 161, and full cases citations referred to in this article may be found in this text on those pages.