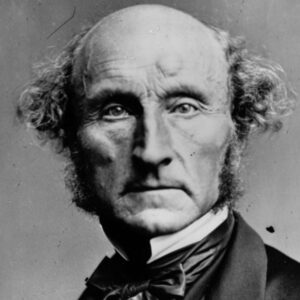 My dear readers, thinkers, politically incorrect, and discerners and those who wish to reject shallowness of our present society and proceed beneath the surface to reach core truth. I have my favorite thinkers and minds that have in the past been in the forefront of thought and at the present time many people neither know nor care about what they had and continue to have to say. Dear friends, I include Karl Marx as one of the greats, along with Jack London, a great writer of fiction but also one in the forefront of workers’ rights at a time when socialism and the socialist movement had a significant following in the USA and garnered many votes in national elections headed by Eugene V. Debss. Let me say I am not a socialist or communist, but I welcome any kind or steam of thought that has some truth in it.

Mill, in his autobiography, declared that his intellectual development was due primarily to the influence of two people: his father, James Mill, and his wife. James Mill created for his son a comprehensive educational program modelled upon the theories of Helvetius and Bentham. It was encyclopedic in scope and equipped Mill by the time he was thirteen with the equivalent of a thorough university education. The father acted as the boy’s tutor and constant companion, allowing Mill to work in the same room with him and even to interrupt him as he was writing his history of India or his articles for the Encyclopedia Britannica. Mill later described the result as ‘that which made me appear as a made or manufactured man having had a certain impress of opinion stamped upon me which I could not reproduce.’

The education began with Greek and arithmetic at the age of three. By the time he was eight, Mill had read the whole of Herodotus, six dialogues of Plato, and considerable history. Before he was twelve, he had studied Euclid and algebra, the Greek and Latin poets, and some English poetry. His interest in history continued and he even attempted writing an account of roman government. At twelve, he was introduced to logic in Aristotle’s Organon and the Latin scholastic manuals on the subject. The last year under his father’s direct supervision, his thirteenth, was devoted to political economy; the son’s notes later served the elder Mill in his elements of political economy. He furthered his education by a period of study with his father’s friends.

Although Mill never actually severed relations with his father, he experienced at the age of twenty a crisis in his mental history. It occurred to him to pose the question, suppose that all your objects in life were realized that all the changes in institutions and opinions which you are looking forward to could be completely effected at this very instant: would this be a great joy and happiness to you? He reported that an irrepressible self-consciousness distinctly answered ‘no’ and he was overcome by a depression which lasted for several years. The first break in his gloom came while reading Mémoires de Marmontel and I came to the passage which relates to his father’s death; the distressed position of the family and the sudden inspiration by which he, then a mere, boy felt and made him feel that he would be everything to them and would supply the place of all that they had lost. He was moved to tears from this moment and his burden grew lighter.

From the time he was seventeen, Mill supported himself by working for the East India company where his father was an official. Although he began nominally as a clerk, he was soon promoted to assistant examiner and for twenty years from his father’s death in 1836 until the company’s activities were taken over by the British government, he had charge of the relations with the Indian states which gave him wide practical experience in the problems of government. In addition to his regular employment, he took part in many activities, tending to prepare public opinion for legislative reform. He, his father, and their friends formed the group known as the ‘philosophical radicals’ which made a major contribution to the debates leading to the reform bill of 1832. Mill was active in exposing what he considered departures from sound principle in parliament and the courts of justice. He wrote often for the newspapers friendly to the radical cause; helped to found and edit the Westminster Review as a radical organ and participated in several reading and debating societies devoted to the discussion of contemporary intellectual and social problems.

These activities did not prevent him from pursuing his own intellectual interests. He edited Bentham’s Rationale of Judicial Evidence; he studied logic and science with the aim of reconciling syllogistic logic with the methods of inductive science and published his system of logic in 1843. At the same time he, published his inquiries to the field of economics. These first took the form of essays on some unsettled questions in political economy and were later given systematic treatment in the Principles of Political Economy.

The development and productivity of these years he attributed to his relationship with Mrs. Harriet Taylor, who became his wife in 1851. Mill had known her for twenty years since shortly after his crisis and he could never praise too highly her influence upon his work. Although he published less during the seven years of his married life than at any other period of his career, he thought out and partly wrote many of his important works including the Essay on Liberty (1859); the Thoughts on Parliamentary Reform, which later led to representative government (1861); and Utilitarianism (1863). He attributed to his wife especially his understanding of the abstract reform he advocated. After her death, he stated that ‘her memory is to me a religion and the approbation and the standard by which summing up as it does all worthiness. I endeavor to regulate my life.’

Mill devoted a large part of his later years directly to political activity. In addition to his writings, he was one of the founders of the first women’s suffrage societies and in 1865 consented to become a member of parliament. Voting with the radical wing of the liberal party, he took an active part in the debates on Disraeli’s reform bill and promoted the measures which he had long advocated such as the representation of women; the reform of London government; and the alteration of land tenure in Ireland. Largely because of his support of these unpopular measures, he was defeated for reelection. He retired to his cottage in Avignon which had been built so that he might be close to the grave of his wife and died there on May 8, 1873

My dear friends and thinkers and politically incorrect, John Stuart is one of my heroes. He tells me in his life and writings what one person can attain and accomplish and do to bring society forward

The thinkers and the intellectuals are the movers of society forward, not the wealthy, and not the plutocrats who rest in the laurels of their country clubs and their incessant round of cocktail parties from D.C. to Boston.