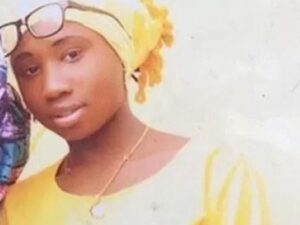 “The Present Christian Genocide and Persecution: What is the Response of the Democratic Leadership?” by Andrew J. Schatkin

The impeachment trial of the President has ended as predicted in acquittal. This President has been under attack since he won the 2016 election, accused of racism and even anti-Semitism, although much of his family is Jewish. The record is clear that he has been an outstanding President defeating ISIS; bringing jobs and prosperity to the entire country, and, in particular, to our most vulnerable citizens; and, in seeking to control illegal immigration, he has preserved jobs and employment for our black and Latino citizens.

I now ask Sen. Schumer and Rep. Nancy Pelosi why no protest and why no outcry for the ongoing persecution of Christians throughout the world and in particulate in the Middle East and china. Let us, my dear readers, thinkers, and friends, look at recent events in this respect.

In Iran, churches are routinely raided and church members imprisoned. In May of 2017, four Christians were arrested and imprisoned for ten years. Pastor Youcef has repeatedly been arrested and abused in Iran by the authorities. In Bolivia, religious organizations are closely monitored, with many requirements combined with efforts to equate evangelism with terrorism. In Kazakhstan, the government seeks to control every facet of religious life. The Coptic church is constantly persecuted in Egypt. Pastor John Cao was convicted by a Chinese court and sentenced to seven years in prison for his faith in serving the poor. A report by Bishop of Truro states that Christianity is the most widely persecuted world religion. Christians are widely persecuted in Nigeria by the Islamic fundamentalist group Boko Haram, which has killed over 37,000 people, displaced over two million, and created over 200,000 refugees. Boko Haram executed over 59 boys in their sleep and has in these facts targeted Christians. Christian teen Leah Sharibu is still alive but remains in grave danger at the hands of the jihadist army Boko Haram. Leah was abducted from along with 110 school girls from their village in Nigeria and five did not survive. Leah remains a hostage because she will not renounced her Christian faith. Boko Haram, the jihadist militia pledged to ISIS, recently executed and beheaded a Christian pastor Lawan Andimi. China imprisoned another Christian pastor because of his faith, Pastor Wang, and he has been subject to nine years in prison. Turkey, once secular, has been altered into an Islamic state. An example was the imprisonment of Pastor Andrew Brunson; thankfully, his release was eventually obtained. Turkish forces are moving into villages on the Khabur River that provides refuge for Assyrian Christians. Christians are fleeing from Islamist militias. In the aftermath of World War I, almost two million Armenian Christians were the victim of a Christian genocide by the Ottoman Empire. An American pastor from Tennessee was arrested in a recent trip to attend conferences in India and Nepal. Pastor Nerren was carrying the funds to cover the expenses for the thirteen ministers for their two week trip. Pastor Nerren is presently trapped in India. Boko Haram recently released a video showing the execution of two Christian workers by militants. One of the terrorists in the video vowed to kill every Christian they capture.

This is the national and international state of the world: virtual genocide and persecution of Christians. Nancy Pelosi and Senator Schumer have much to say about the misdeeds of president Trump and the bogus impeachment that did not succeed, but have nothing to say about these atrocities committed against Christians throughout the world. I ask these distinguished office holders, why no outcry? Why do you and the Democratic Party remain silent in the face of this brutality and death? I ask the Democratic Party for an answer, which has so great compassion for persons coming here illegally. If you have such concern for persons who manipulate their way into our country by lying and falsehood, where is your concern for this continuing genocide?

I owe a great debt for a great deal of this information from the post on this genocide and persecution to Jordan Sekulow.