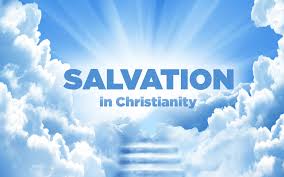 “Salvation in our Modern So-called Secular System of Thought in the West and a Few Comments on our Political System.” by Andrew J. Schatkin

I would like to discuss my dear friends, readers, and thinkers, what salvation means to a society that for many people this Christian idea and concept has no meaning and then I will proceed to make a few comments about our political system.

For many people salvation within the Christian thought system has become foreign territory and these same people have no relationship in their thinking and lives with salvation. Yet salvation, which Christians interpret as the rescue from a sin-encased world and world of sin and corruption is I think, if explained and understood, a most valid idea and concept. Men and women are for want of a better word encased and driven by sin and are in need of rescue and salvation by Christ and the cross. What is this sin? First, all of us are mobilized by self-love and operate with an intense selfishness that defines our lives and actions. This selfishness and love of self is embedded in our human nature and has come about because of the fall humanity from love and grace in the Garden of Eden. Sin and its dominance and evil and wickedness are realities which our secular system either fails to deal with or cannot deal with in terms of an adequate explanation and resolution. Psychiatry and Psychology and attributing sin and wickedness to cure by these disciplines have proved quite unsuccessful. The extent of evil, sin, and wickedness in the world is beyond measure with the many genocides in the past 100 years, including the Holocaust; the Armenian genocide, Pol Pot; the Chinese Revolution of Mao; the Russian Revolution; Bosnia, Rwanda; the Christian genocide in the Middle East; and many others. The fact and reality of sin and evil and wickedness cannot be escaped by attributing these events to poverty when we all know or should know that the vast majority of the poor are perfectly law-abiding and good people simply seeking to support their families.

The Christian faith provides an antidote to sin and evil which dominates infects this world as a virtual corruption and infection and disease in the form of Christ and the cross. The Christian system of thought posits a fall and that we are a fallen race. Jesus, we believe, was sent or came to this world to rescue from this horrible trap of sin and evil. The secular world provides no adequate explanation and solution for evil and sin but incarceration and execution for the worst offenders and perhaps rehabilitation while in jail. The Christian religion deals with the reality that the world is ruled to a great extent by forces of evil and provides both an explanation and solution which the secular world signally fails both to deal with, understand, and provide an explanation and help for. As a fallen species, we do not deserve the redemption and rescue provided by Christ in the cross and incarnation in which he raises us up and make us worth something.

All men sinners and corrupt. We know what men do to each other: enslaving our black brothers and sisters; murdering and cheating right and left; and doing the same to the red men. This world in corruption and sin I say again and in Christ, take him or leave him, we are given an explanation of in and out. Yes, it is matter of faith but it is the only explanation needed to understand sin and evil.

I now want to talk about some of our political institutions that the left ideology fails to address and in fact has criticized for elimination. One is the Electoral College. The left says that President Trump lost the popular vote and nevertheless won the most recent election by winning the Electoral College. The left fails in my view and opinion to understand the Electoral College. The purpose of the Electoral College was to provide buffer against the forces of popular winds serving to mislead through slogans and an appeal to the passion of the people to fool and so gain power. I note that Hitler by an appeal to antisemitism won election legally in Germany by this method and today in our country the left has virtually bombarded us with slogans and word play to gain power. They do this by nothing more than manipulation, crying racism, lack of compassion, and hate, and hostility to gain back the power they have lost.

The left says that the President is anti-immigrant when his object is to deal with persons who come here illegally; and that he is a racist when he has secured jobs for our African American brothers and sisters from the forces of cheap labor provided by illegal immigrants. He comes from the most diverse city in the world with a billion dollar business and the left says he is a racist. It is these forces the Electoral College was established to deal with and control. Finally, the Senate is an elected body with two senators from all states, big and small. Again, the purpose in its establishment was to control political passions and assure the states with less population an equal voice.

I conclude that our Founding Fathers exhibited great wisdom in establishing this system which is all the more significant today where the media and its virtual propaganda mill can and destroy some persons’ ability to discern and think.

I want to add that a large number people attack the President with respect to his travel ban saying it is religious bigotry, as well as his possible decision to expand it. As a Christian I have nothing but love and care for my Muslim brother and sisters who Jesus died for and seeks to redeem. I have no hate or hostility to any person by reason of their race religion and have care for all. Nevertheless, the facts stare left and right in the face of the terrorism coming from a number of Muslim countries based on a possible misinterpretation of their religious systems. One cannot with any ounce of intellectual honesty escape the truth of these attacks in which many have died, including Coptic Christians, the Christian genocide in the Middle East and Nigeria, and of course acts of terrorism in the West.

The President acted correctly as our chief executive with respect to this matter and issue. President Trump is the leader and chief executive of a nation state and in so acting has dealt with the many deaths caused my terrorist from some Muslim countries seeking rightly or wrongly to enforce their fundamentalist religious system and system of thought.

I invite my fellow readers and thinkers to respond to what I say here. My email address is a.schatkin48@gmail.com.