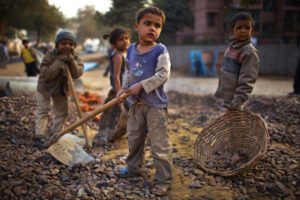 My dear readers and thinkers and friends, I would like first to address criticism of certain Christian beliefs that are completely false and unwarranted and nothing more than a slander. There is the accusation by some few of the secular left that the Christian religion is anti-women and anti-body and flesh and opposed to the material world These statements about our faith are false and completely untrue. Jesus, the son of god, was born of a woman; he had many women followers; he saved the woman about to stoned for her alleged adultery; women only were present at the empty tomb. Gen 2 states that god created men and women equally with the stamp of the divine image and St. Paul states in his letter to the Galatian church that there is neither slave nor free or male and female but all are one in Christ. It is grossly obvious and the truth that the Christian religion sees women as essentially and fully equal and certainly does not persecute women.

I would now like to talk about the equal slander that our faith is anti body, anti-sex and against the material world. Many persons in our society make these accusation largely on the position of the Roman Catholic Church requirements of celibacy for its all male priesthood. I note that this tradition stems from the statement of Jesus as well of that of St. Paul essentially endorsing celibacy. Jesus says there are some who can be eunuchs or single and unmarried for the sake of the kingdom of heaven and St Paul says he advises those we can be be celibate and unmarried. An example of this is the Roman Catholic Church’s s all-male priesthood where the the priest in that church stands in the person of Christ conducting a sacrifice.

To continue, the Christian faith is not anti-flesh or against the material world. Genesis says god created the world and our first parents. Jesus was given a human body; lived the life of a person in the flesh’ and died, rose again, had a body, and resides in heaven with a human body. It is said and believed by the church that a new and material earth will be remade and that all humanity will rise with resurrected and reconstituted bodies. Unlike other religious systems, our faith does not persecute women and does not in the fashion of Buddhism reject the material world and the flesh. I conclude that based upon what I have just said and referred to that Christianity is not and cannot be seen as patriarchal, anti-woman and against the flesh and the material world.

I would now like to talk about what appears to be something of a decline in free speech and free expression in our society in the United States. I came across a very interesting book which I urge you all to obtain and read. The name of the book is “The Radical Jack London: Writings on War and Revolution, published by the University of California Press and edited by Jonah Raskin in 2008. Jack London was if not a socialist and perhaps at times a communist. His writings in this book reflect a society of free thought and ideas. I wonder if in today’s world do we truly live in a society of free thought and speech such as was true in Jack London’s day, where there was a plethora of print organs and newspapers where opinions could, such as the socialist and communist views of London, be freely expressed. Do we live in a society such as was London’s at the turn of the century where there was a free interchange and debate of ideas, and thoughts, and thinking. In fact, most people are fearful of expressing an opinion that is not politically correct and acceptable for fear of firing and similar repercussions. When was the last time there was a discussion or debate? In our present system of social media and the electronic culture, conversations are not easily or even frequently held.The book spoke of here reveals a world at the turn of the century of debate and idea interchange and a degree on freedom of speech I think for one reason of another not present today. I ask you, my readers and fellow thinkers, to think of what I say here and be aware of the dangers that lurk in these developments which I cannot account for but are clearly present.

Finally, let me take a look at the issue of child labor, a serious societal issue at the turn of the century. Laws were passed outlawing the practice. Our corporate brothers and sisters have outsourced factories and business to the cheap labor of China, Pakistan, and Mexico. Isn’t outsourcing a way to get around child labor outlawed in the US some years ago? Don’t those factories in China and the Middle East employ child labor with out legal controls or union protection? Should our country permit outsourcing in order to not pay American workers who need these jobs a fair wage and to gain the benefit of slave labor in societies outside of the West? I ask you my readers to reflect on what I have said here and feel free to respond with your comments and ideas which I welcome. MY email address is a.schatkin48@gmail.com.