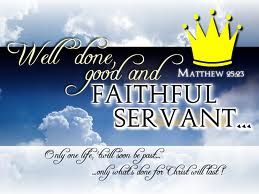 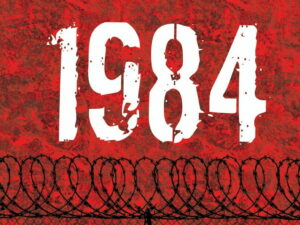 “A Second Comment on the Destruction of Thought and Independent Thinking and the Possible Reasons,” by Andrew J. Schatkin

Previously, my dear readers, I analyzed and examined what I believe to be a failure of thought in our modern society and gave examples of past thinkers and intellectuals that had a wide following including Tolstoy, Marx, and Bertand Russell, and gave some explanation for this development in our present electronic culture in which print has been substituted for the quick fix of emails, computers, and television. I now want to talk a little more about this and take a look at two important books that handle this issue and seek to inform us of the danger that lies in wait.

Let me take a look briefly at 1984 by George Orwell. 1984 centers on the consequences of government overreach, totalitarianism,  and repressive regimentation of all persons and behaviors in society. The story takes place in the year of the future, 1984, when the world has fallen victim to perpetual war, constant government surveillance, historical negation, and propaganda. Great Britain one has become a province of a superstate named Oceania ruled by the party who employ thought police to persecute individuality and independent thinking. Big Brother, the leader of the party, enjoys a cult of  personality even though he may not even exist. Winston Smith is a worker and party member who secretly hates the party and dreams of rebellion. He enters a forbidden relationship with co-worker Julia.

Let us know take a look at another important book, Fahrenheit 451, by American writer Ray Bradbury. First published in 1953, the novel presents a future American society where books are outlawed and firemen burn any that are found The title Fahrenheit 451 is the temperature at which book paper catches fire and burns. The lead character in the book, Guy Montag, ls a fireman who becomes disillusioned with his role of censoring literature and destroying knowledge, eventually quitting his job and committing himself to the preservation of literary and cultural writings.

What can I say? It is quite obvious to any thinking and observant person that with the onset of TV, computer, emails, cell phones etc., which enable things to be done more quickly and also enable us to reach all parts of the world more easily, there is less room for reflection and thinking. The media, with its screaming and yelling, is a virtual propaganda machine. Take the crying of love and compassion of some that seek to convince us of the absurdity that those illegally here have some of legal right and entitlement to be here  and remain here, and bring their children here in a package of illegal entry. I am not an attacker of the left on this issue but point out the gross and irrational fallacy involved. Is it possible that the electronic culture works to eradicate independent thinking or at least has that effect or result? Are we in a culture which works for and is being used for purposes of totalitarian forces and the forces of propaganda is this present culture in which many people know no history, philosophy, and literature and this dearth of knowledge is being used to create the forces of possible dictatorship where there is no knowledge beyond what is current, where people cannot think and reason and do not and cannot read what can happen and is happening? In truth, are in fact books being burned where many are  not known and not available? Are we in a world of effectual book  burning and the thought police? What forces are at work and working for a culture and philosophy of consumerism, leaving us with our minds fried with nothing more available than media propaganda? I ask and submit to you my fellow readers and thinkers to consider what is occurring and what can occur. Can our world exist without Tolstoy and Milton and many others whose work and thought is being lost if not fast disappearing? Once these world geniuses are lost, we are lost.

I welcome responses to this essay to my e mail address a.schatkin48@gmail.com.

Please note that the summaries here of 1984 and Fahrenheit 451 are taken in part from summaries found in Wikipedia.