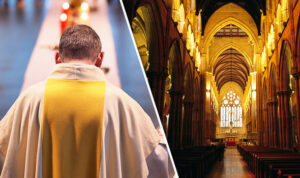 “The Wages of Celibacy,” by Andrew J. Schatkin

I would like to comment for my reading public on an essay that appeared in the Feb. 26, 2012 New York Times. I grant you this is some time ago but I think it worth commenting on.

Let me first state that I have great respect for the New York Times and its writers and am an avid times reader, whether I agree or disagree. This essay by Mr. Frank Bruni was entitled “The Wages of Celibacy.” In this piece, written by Mr. Frank Bruni, Mr. Bruni commented on the forced resignation of one of the most senior Roman Catholic clergymen who was accused of unwanted advances toward younger priests. Mr. Bruni says that the celibacy requirement or pledge the church runs counter to human nature and asks too much. Mr. Bruni says that the requirement for celibacy is foolish and reckless since it warps the culture of the priesthood and sets an unreasonable standard. He refers to the statement of Cardinal O’Brien that the Church tradition of celibacy is very difficult for the priest to cope with when they feel the need for a companion. Cardinal O’Brien meant or means, by a companion, marriage. Mr. Bruni notes that the accusations against Cardinal O’Brien occurred many years ago. Mr. Bruni says that celibacy is a bad idea has painful consequences and contributes to the shortage of priests. Mr. Bruni says that celibacy is a trap promising some men a refugee from the sexual desires that worry them and results in many gay men going into the priesthood. Mr. Bruni concludes that the promise of celibacy must be related to the church’s sexual abuse crisis.

I take issue with a number of Points in Mr. Bruni’s article. First of all, he presumes that the accusation against Cardinal O’Brien and other priests are true. He make a series of speculations and outright assumptions about gay men going into the priesthood and that the requirement of celibacy has resulted in the current child abuse crisis. First, the diocesan clergy make only a promise of celibacy, whereas members of religious orders take a vow of celibacy. More to the point, Mr. Bruni is somewhat confused over the reasons for the tradition of the church on this issue and matter. Jesus was unmarried and apparently had no other relationships outside of the marriage institution whether with women or men. St. Paul also was unmarried and recommended celibacy, as did Jesus, if the person was able to maintain that state and position in their lives. The reason for the vow or promise of celibacy is that the person who undertakes that promise is committing himself to Christ and the Church without the distraction and responsibility family and marriage. The church is asking of its clergy that they follow and imitate Christ in this respect. I would note and think the Church’s monastic communities and orders have their origin in following the example of the lives of Christ and his disciples. Mr. Bruni says the Church asks too much. The Church has asked this and has had no difficulty for a good many hundreds of years of men’s entering the priesthood and adhering to this requirement.

The modern world and the media assault us on a daily basis with sexual images and recommendations. Before this media assault, although there may have been individuals who had difficulty with the celibacy requirement, many did not and many who entered the priesthood fulfilled their lives in the imitation and service of Christ and his Church. When a priest undertakes this requirement, he is following the life of Christ and dedicating himself to Christ, to the Church, and to the love of all humanity. I am not recommending that people not marry but for the person who undertakes to become a Catholic priest, celibacy focuses his thoughts outward to humanity and Christ and god and not, in a word, to himself, his wife, and family.

I have one other thing to say here, and that is sex, like hunger and thirst, is not to be exaggerated. We may be hungry but we do not eat all the time; we may be thirsty but we do not drink all day. Like any other human desire, sex must be controlled and channeled into marriage. The media presents the world with a frenzy of continual and continued sexual activity and desire. The Church says and advises otherwise. It says, one, that sex is to be channeled into marriage, and second, for those people who want to follow Christ and serve his Church and use their talents as a gift of god in the service of others, they are given the opportunity to follow Christ in this respect.

This essay is taken with alterations and modifications from my book “Essays on Faith, Culture, Politics, and Philosophy,” chapter 18, pp 45-46, pub. by University Press of America, 2016.