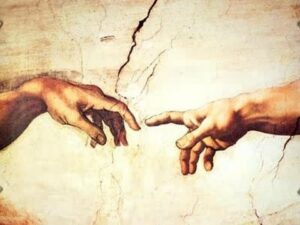 This little essay of literary excursus will consider the concept of “image.” The word image conjures up a flat, lifeless representation such as a photograph, computer videogame, television program, or a movie. I intend to discuss in this little work Jesus as an image of God. Finally, I happen to believe that Jesus was and is God or, better put, that God revealed himself in Jesus and Jesus still lives in eternity and in communion with God the Father and the Holy Spirit as the second person of the Trinity. For human beings, Jesus’s life as recorded in the Gospels is a kind of image of who and what God is, who we are, and the kind of people we should be.

Jesus evinced and revealed certain behavior patterns and characteristics in his life. I find it significant that Jesus was not a respecter of persons. He shocked his contemporaries by associating with—and I dislike using this terminology—lower caste, or lower class people. The Pharisees and religiously important people of his time could not understand why an educated Jewish man would choose to consort and socialize with the underclass. After all, most of us, frankly, not only look down on those people but perhaps dislike them. Probably, to put it more bluntly, middle and upper class people in society feel superior to lower class people. Jesus, apparently failed to and fails to share this point of view but found value in many different sorts of people and in many different kinds of people, including criminals, tax collectors, and as the Gospels use the word, ‘sinners.’ It is clear that Jesus as God and, we may be safe to assume, has and had no class consciousness.

Second, Jesus lived a life of service. He apparently did not earn a lot of money. He spent a life of loving, giving, and service. He cured people with physical illnesses and those cures are recorded in the Gospels as miracles or miraculous cures. He lived a life of love and compassion. He had a particular love for children, whom he told us we should be like and, regarding people who were ill and hurt, emotionally and physically, he commanded us to help and serve and even imitate in their suffering. He told all kinds of stories called parables to tell us what God was like and what we should be like. He told us that the important thing was to love God and love our neighbor as ourselves.

I find if significant and frankly shocking that on the day of his crucifixion and execution Jesus forgave one of the criminals beside him and told him he would be with him in paradise. As well, Jesus asked God the father to forgive his persecutors and torturers and executioners saying that they did not know what they were doing.

I think Jesus gives us an image of what God in heaven is like: compassionate, caring, forgiving, humble, and certainly no respecter of persons. By the same token, Jesus as a human being gives us the image of what we should be as human beings. Jesus’s life and work therefore give us two different kinds of images, one the image of God’s nature, loving, caring, and, in short, a nature of unconditional love, and what we as human beings, since he was fully human, are able to share in that image. Images are likenesses and replicas. Jesus is not a replica, a likeness, a photograph or a portrait. He is the image of the living God’s nature and the image of perfected human nature in all its infinite intellectual and personal possibilities.

This essay is taken, with alterations and modifications, from my book “Essays on the Christian Worldview,” pub. by Hamilton books, 2011, pp. 55-56.